Zinna is the name of the Wicked With of the East in Grimm Fairy Tales Presents: Oz, a comic book series version (almost completely retold) of the classic book series. She is a twin (but bustier) sister of the also evil Lynessa (the Wicked Witch of the West) and a daughter of the Arch-Witch Zamora. She also appears in the prequel stories Tales from Oz, where notably she cruelly murders the beloved of the man who would become Scarecrow.

As in the original book, Dorothy Gale (here not quite a child) kills her very early on (in issue 1 of the main series). However, this time Dorothy defeats her in magical battle with help of the good sorceress Glinda while she is still in Kansas after Zinna arrives on Earth looking for a powerful magic wand known as the Veridian Scepter, which had killed her mother many years ago and which is then used against her too. 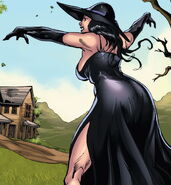 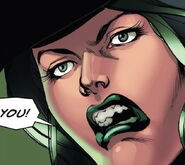 No falling house in this version 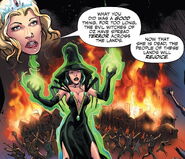 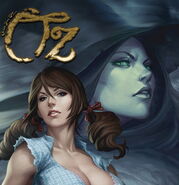 Zinna with Glinda
Add a photo to this gallery 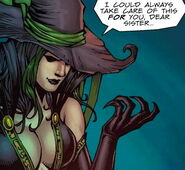 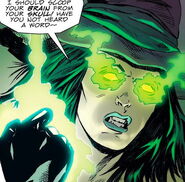 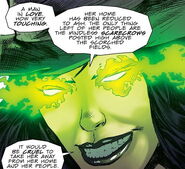 Add a photo to this gallery
Retrieved from "https://femalevillains.fandom.com/wiki/Zinna_(Oz)?oldid=127134"
Community content is available under CC-BY-SA unless otherwise noted.