Zena (Barbara Ewing) is the red headed barmaid turned bad in the 1968 Hammer film, “Dracula has Risen from the Grave”.

Zena is the sexy and flirtatious barmaid that works at a pub.  For most of the film, Zena wears a sexy red skirt.  She has a black corset on, and her cleavage is constantly spilling out over her white top.  She also has a black choker necklace on, with a round pendant in the middle.  Zena happens to have the hots for Paul (Barry Andrews), who is the son of the pubs owner.  Paul, however, is in love with Maria (Veronica Carlson), who is the niece of the Monsignor (Rupert Davies).

We are introduced to Zena as she is serving beer in the pub. In one funny scene, she is leaning over one of the tables, when one of the patrons is staring down her blouse. He mentions to her, "Your dumplings are boiling over, Zena". A little later, Paul comes in.  He is supposed to meet Maria, but is soon swept into the drinking games by his friends.  Earlier in the evening, Paul had spoiled a meeting at Maria’s parents house during a dinner.  He had mentioned that he didn’t believe in God, and was an atheist.  This did not sit well with the Monsignor, and therefore, had ended up at the bar.

Zena ended up taking the enumerated Paul up to his room, and while he is laying on his bed, attempts to get with him.  However, Maria comes into the room, and is irate with Zena.  She sees right through her intentions.  The two of them get Paul ready for bed, but Maria is uncomfortable with Zena performing this duty and is told to leave.

On her way home, Zena is followed by a creepy horse drawn carriage.  She tries to escape, but the carriage catches up to her and nearly runs her down.  It drives off, but Zena runs into Dracula, who undoes the strings to her cloak, and puts her under his spell by looking into her eyes.  He then rips off her choker necklace and bites her on the neck, essentially turning her into the undead.

We next see the lovely Zena looking at the puss filled holes on her neck in the mirror of the cellar as she is undressing.  She is wearing the cloak around her neck, but it covers only a cream corset lingerie with short skirt.  She has thigh high nylons on that is being held up by a garter belt.  Paul walks into the cellar, and we find that Zena did not go home that night.  She attempts to keep her fang marks on her neck a secret and uses her hands to cover them.

Later that morning, a local priest stops to have breakfast at the pub.  Zena has covered her neck with a scarf, and as soon as she sees the priest, she gets very flushed.  The priest is looking for a room to stay at for a couple of days, and the pub decides to put him up.

Later that night, Zena is now wearing a purple skirt and now has a brown choker necklace in place of the scarf.  She acts very nervously, when the priest shows up again.  We then see the priest walk down the cellar, and go into another smaller room where a coffin lies on the ground.  Soon, the coffin opens up and Dracula appears.  Later, the priest reappears in the pub, clearly under a spell, and now Zena is even more nervous.

Zena and the priest returned to the cellar and met with Dracula.  Here, Zena is tasked with kidnapping Maria for him.  Dracula is attempting to get revenge on the Monsignor who nailed a cross on his castle door.  Zena is bitch slapped by the Count when she questions why he wants Maria instead of her.  It is obvious that Zena is jealous of the flaxen haired Maria.  She was already jealous of Maria for getting in the way of her and Paul, and now she is being passed over for the Counts affections.

She accomplishes this by telling Maria that Paul wanted to talk to her in the cellar.  When Maria went to the cellar, she covered her head with a potato sack and dragged her into the smaller room where Dracula was waiting for her.  Just when Dracula was just about to turn her, Paul’s voice could be heard calling for Maria.  Dracula coward away, and Maria was able to get away.

Having failed her mission, Dracula met up with Zena again, and drained her blood.  When the priest went down to meet Dracula again, he uncovered the body of Zena.  Dracula ordered him to “destroy her”, and he burned Zena in the furnace in order to get rid of the evidence. 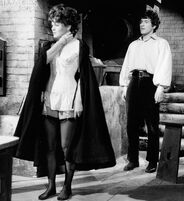 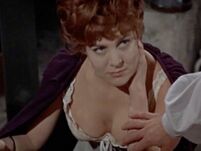 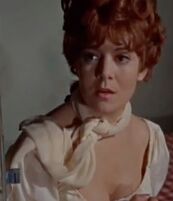 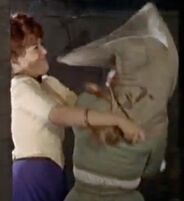 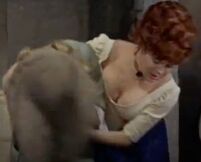 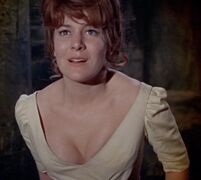 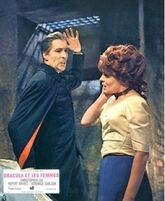 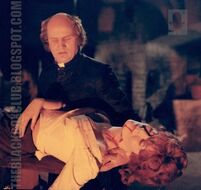 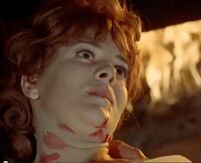 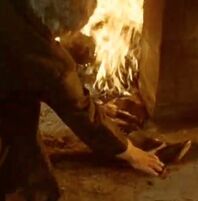 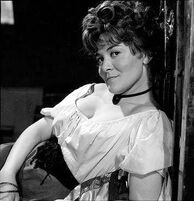 Add a photo to this gallery
Retrieved from "https://femalevillains.fandom.com/wiki/Zena_(Dracula_Has_Risen_From_The_Grave)?oldid=166269"
Community content is available under CC-BY-SA unless otherwise noted.