Zehra, Queen of the Cons (Jennifer Ward-Leeland) is a con-artist who appears in the 1999 episode "The Play's The Thing" in the TV series, "Xena: Warrior Princess".

Zehra lives in Piraeus where she worked as a theatre producer with her partner Milo (Mark Hadlow). Gabrielle (Rene O'Connor) runs into Zehra and Milo while visiting Piraeus. Zehra convinces Gabrielle to base a play on her writings. Thrilled with the idea, Gabrielle sends word to Xena (Lucy Lawless) about her new business venture and she and Joxer head to the theater to begin casting.

Zehra specializes in fraud and other economical crimes where lots of money is invested, lots of money is promised, and a wrath of thwarted investors are expertly diverted to some innocent victim. It's there her brand of evil lies, not in direct mass-murder, but in cheerfully ruining careers, reputations and families while taking money from everyone involved. She is clever and her mind is capable of adapting and discarding plans with lightning speed.

Zehra and Milo approach the warlords Cleon (Mark Nua) and Therax (Stephen Hall) and convince each of them to invest large sums of money in Gabrielle's play. Knowing that the play will be a failure on its first night, Zehra plans on taking the money and leaving town. Gabrielle would be blamed for the loss and would have to fend off the angry warlords.

At the theatre, Gabrielle's performance begins to bore the cast members, and despite Joxers pleas for her to add more blood and guts, she does not want to compromise her artistic integrity. Eventually, Gabrielle is convinced to change the play. Zehra, realizes that these changes will make the play a big hit. She tells Gabrielle to go back to the original material.

On the night of the opening, Gabrielle's original performance does indeed go off terribly. The Warlords rush the stage in protest. Xena emerges from backstage and fights the warlords. While the fight takes place, Zehra and Milo attempt to exit the theater. Gabrielle yells for the audience to become involved with "the play" and they stop the two scam artists. Xena retrieves the warlords money and convinces them to donate the money to the local orphanage. Meanwhile, an unreformed Zehra attempts to con some of the actors into letting her represent them. 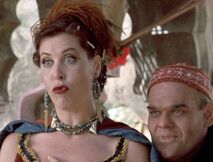 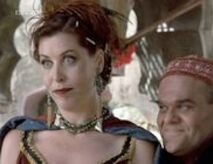 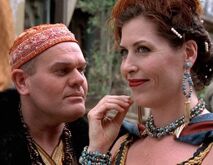 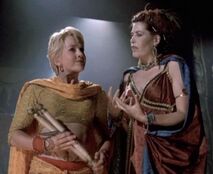 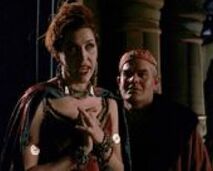 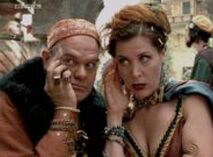 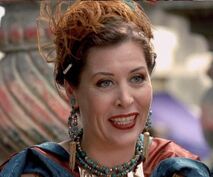 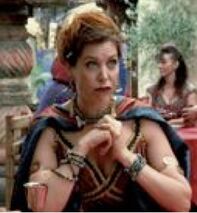 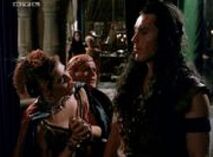 Add a photo to this gallery
Retrieved from "https://femalevillains.fandom.com/wiki/Zehra,_Queen_of_the_Cons_(Xena:_Warrior_Princess)?oldid=151975"
Community content is available under CC-BY-SA unless otherwise noted.