Zarina the War Witch (Julie Newmar) is the villainess in the 1980 episode "Flight of the War Witch" for the TV series Buck Rogers in the 25th Century. Zarina is the leader of a hostile race known as the Zaads, who are engaged in conflict with the inhabitants of the peaceful planet of Pendar.

Buck Rogers (Gil Gerard) arrives at Pendar through a space warp. Later Princess Ardala (Pamela Hensley) arrives aboard the Draconia along with Wilma Deering (Erin Grey) and Dr. Elias Huer (Tim O'Connor). Buck asks both Earth and Draconian forces to team up to save Pendar from the attack of the huge Zaad battlecruiser. Zarina has captured Kodus (Donald Petrie), the scientist who created Pendar's defense shield, and with the help of Spirot (Sid Haig), her henchman, they keep him bound.

Zarina is killed when her warship, that she is riding in, crashes into Pendar's defense shield. We are left with Zarina screaming as she collides and blows up. 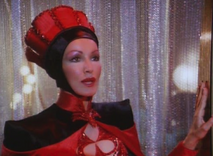 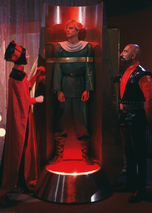 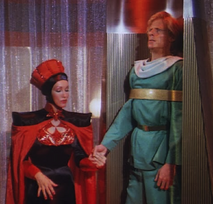 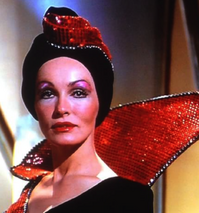 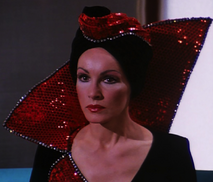 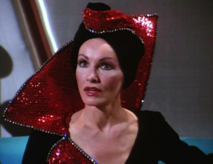 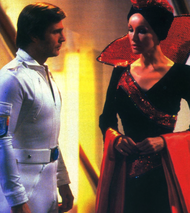 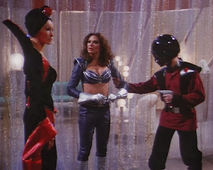 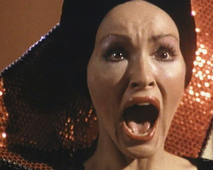 Add a photo to this gallery
Retrieved from "https://femalevillains.fandom.com/wiki/Zarina_the_War_Witch_(Buck_Rogers_in_the_25th_Century)?oldid=176160"
Community content is available under CC-BY-SA unless otherwise noted.