Yomi is the Sekirei #43 in the first season of animation Sekirei. Refered by her host Homura as "Pest".

Young girl with brown hair and eyes, wearing a black gown with matching gloves and stockings. Around her neck she tied a red ribbon.

Yomi uses a death scythe as her weapon. It is possible for her to create a invisible vacuum as a blade as explained by Hikari even with her scythe broken.

Yomi tried to kidnap the "Green Girl" (Kusano) for her Ashikabi, Mikogami Hayato. She was defeated in the fight over Kusano by Musubi and lost her Sekirei Crest. Homyra called her "a useless one" after her termination. 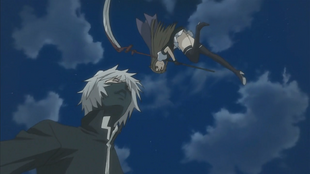 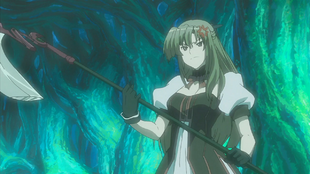 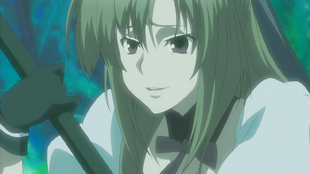 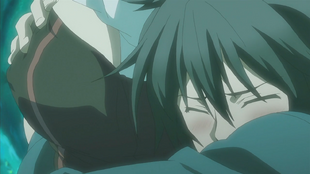 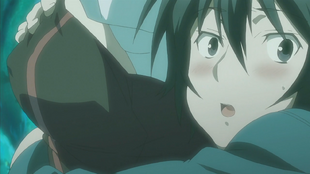 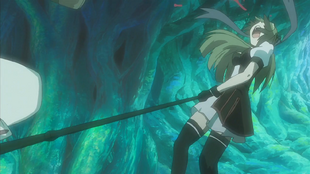 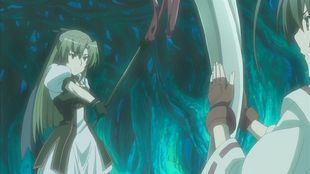 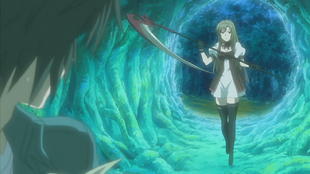 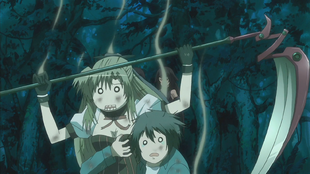 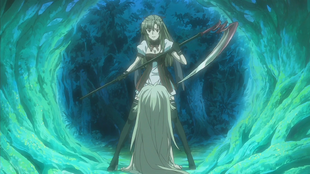 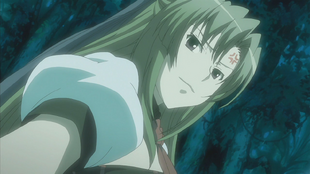 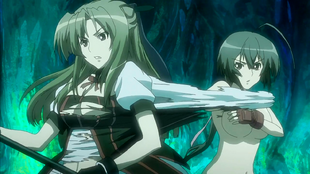 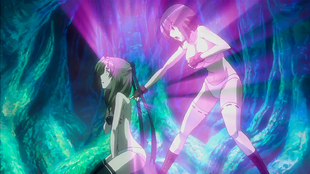 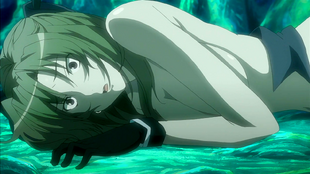 Add a photo to this gallery
Retrieved from "https://femalevillains.fandom.com/wiki/Yomi_(Sekirei)?oldid=139193"
Community content is available under CC-BY-SA unless otherwise noted.