Start a Wiki
watch 01:48
The Loop (TV)
Do you like this video?
Yolanda DeLukens (Signe Hasso) is the main villainess in the 1966 episode "Programmed for Death" for the TV series "The Green Hornet".

Yolanda DeLukens is the leader of a crime syndicate that deals with the selling of diamonds.

At the beginning of the episode, a Daily Sentinal reporter, Pat Allen (Don Etner), is killed by a leopard.  It is theorized that he may have uncovered something big when a large manufactured fake diamond is discovered as well as a miniaturized transmitter.

The Green Hornet visits Frank Miller (Richard H. Cutting) a gemologist.  However, Reid is lured into a walkin freezer and locked in.  Luckily Kato (Bruce Lee) is waiting outside, and is able to rescue him.

They use a scanner to locate where Mr. Miller has fled to, and they arrive at the home of Yolanda DeLukens, who is the leader.  She is holding a meeting where she is discussing the diamond industry.

The Green Hornet makes a demand that Yolanda cut him in on the action.  Yolanda reluctantly agrees, and then Mike Axford (Lloyd Gough), the reporter for the Daily Sentinal is discovered on the grounds as well.

Yolanda sends Axford out with her thugs, and the Green Hornet and Kato tell her that he will take care of him, claiming this will be his contribution to the parnership.  However, Yolanda had her men place a transmitter on Axford which led her pet leopard to attack him in the woods near her mansion.

The Green Hornet stunned the leopard with green gas, and then took care of the thugs.  They then went back and captured Yolanda and the rest of the gang.  They were all tied up and left for Axford to discover. 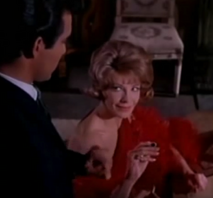 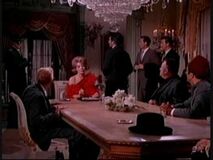 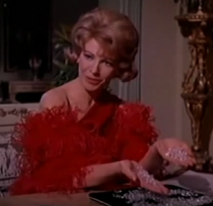 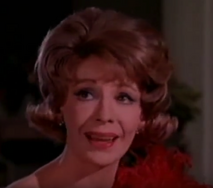 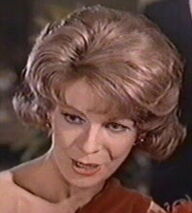 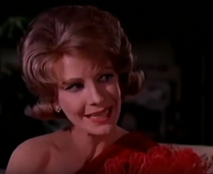 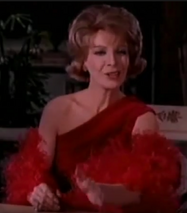 Add a photo to this gallery
Retrieved from "https://femalevillains.fandom.com/wiki/Yolanda_DeLukens_(The_Green_Hornet)?oldid=186935"
Community content is available under CC-BY-SA unless otherwise noted.