Start a Wiki
watch 01:48
The Loop (TV)
Do you like this video?
Loretta York, aka Yellow Peri (Elizabeth Keifer), is the titular main villainess from "Yellow Peri's Spell of Doom," episode 2.14 of The Adventures of Superboy (airdate January 20, 1990).

Loretta York is a shy waitress who has a crush on Superboy, and while on the job, she approached Clark Kent (while unaware that he is Superboy), who gave her an autographed photo of Superboy. After her shift ended, Loretta returned home and performed a spell to bring the spirit of Gazook, a mystical being, to life in the form of a beaten rag doll. After her spell succeeds, Gazook used his power to transform Loretta into the beautiful and evil Yellow Peri, a powerful sorceress.

With Gazook at her side, Yellow Peri began her plan to make Superboy fall in love with her; first by luring him into action by using her powers to send a truck running and hurling towards Andy McAlister and Lana Lang. As planned, Superboy stops the truck, but does not notice Peri, as he was with Lana. Seeing that Lana is an obstacle in the way of her goal, Peri decided to eliminate her "rival"; attempting to do so by appearing at a nearby gym and conjuring an air bubble, trapping Lana inside. While Lana's air began to run out inside the bubble, Superboy raced to try to get her out of it.  He eventually used his breath to freeze the surface of the bubble and then crack it open just in time to save the damsel in distress. The villainess had left with Gazook, pleased with her plan (assumingly) succeeding and preparing to used Superboy's grief to place him under her love spell.

However, while channel surfing, Gazook saw a news report that stated that Superboy saved Lana at the gym, which infuriated both him and Peri. Angry over being rebuffed yet again, the evil Peri decided to destroy Superboy; stating that if she couldn't have him, no one could. She cast a spell on her photo of Superboy and took away his face, causing Clark to wear Andy's Superboy mask to hide his appearance. Clark later confronted Peri as Superboy, and recognized her as Loretta; all the while, Peri (after restoring Superboy's face) made attempts to seduce Superboy. After Superboy turned her down, Peri set fire to the Superboy photo, using her powers to burn Superboy himself. While Peri sadistically watched the slow destruction of the man she was once in love with, Superboy used his heated body to touch Gazook and destroy him, which resulted in Peri losing her powers and reverting back to Loretta. Loretta cradled the burned rag doll and lamented over her belief that she'll never find love, and the episode ends with Superboy promising to send Loretta to a place where she can get help. 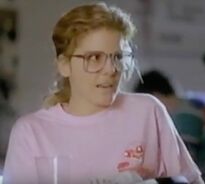 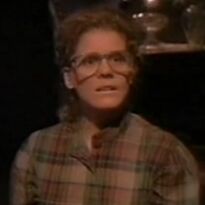 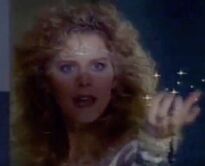 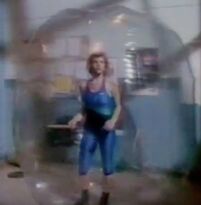 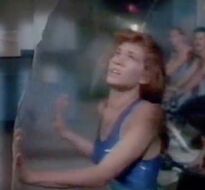 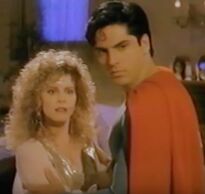 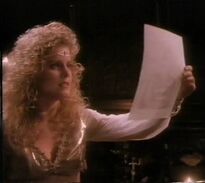 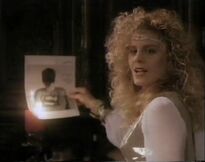 Add a photo to this gallery
Retrieved from "https://femalevillains.fandom.com/wiki/Yellow_Peri_(The_Adventures_of_Superboy)?oldid=125332"
Community content is available under CC-BY-SA unless otherwise noted.