Start a Wiki
watch 01:48
The Loop (TV)
Do you like this video?
Yaka (Rosalba Neri) is a secondary antagonist in the 1967 Europsy film “Lucky, the Inscrutable”, which was originally entitled, “Lucky, el intrepido”.

American secret agent Lucky (Ray Danton) and his sidekick Michele (Dante Posani) arrive at a factory in Albania, believing it to be where a counterfeit ring is working.  A chase takes place with two locomotive trains, and they are both captured.

They are taken to the office of an Albanian General named Yaka, who interrogates Lucky.  Yaka uses a small leather whip in her questioning in order to find out who is working with.

Yaka wears a black and grey uniform which reminds one of the Nazi party.

After sending Lucky away, he tells her that she’ll never convince him that she is a real woman.  This upsets Yaka, and she has a temper tantrum, knocking things off her desk.  We next see Lucky and Michele hanging from the ceiling by their right arms in a prison cell.

Lucky is then brought back to Yaka’s office, but this time she is wearing a pink robe in which her sexy leg is peaking through.  It is obvious that she intends to seduce him and prove to him that she is all woman.  She states that this is a personal matter since he challenged her femininity.

She tells Lucky that if he doesn’t tell her everything she wants to know by the following day, he will be shot.  With that, Lucky took her into her adjoining bedroom and still photos appeared of their encounter.

Lucky returns to the prison cell whistling a happy tune and freeing a stunned Michele.  Later we see Yaka hurridly putting back on her military uniform.  She calls her men into her office in order to have them go after Lucky since he has escaped.  However, when she walks around the desk, she is mortified to find that she forgot to put on her pants, and is now standing before her men in her underwear bottoms. After she has discoverd her humilitation, she cries out loud. She escapes from her office, trying to cover her bottom with her hands, as she only wears her tight red panties... 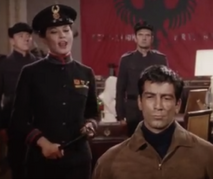 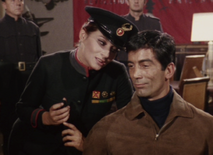 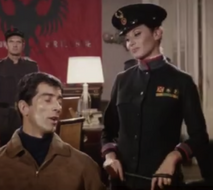 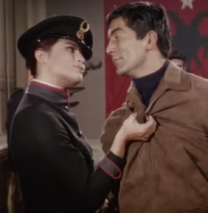 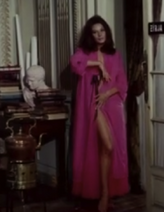 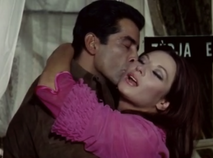 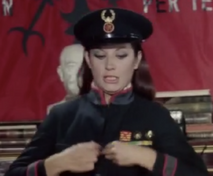 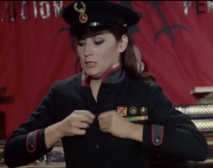 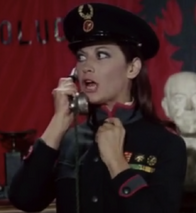 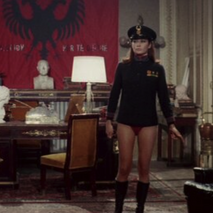 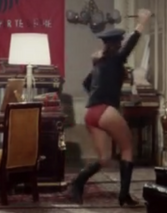 Add a photo to this gallery
​​​​​​
Retrieved from "https://femalevillains.fandom.com/wiki/Yaka_(Lucky,_the_Inscrutable)?oldid=179213"
Community content is available under CC-BY-SA unless otherwise noted.