The Witch is the villainess of the Norwegian fairy tale of the White-Bear King Valemon in which the titular king is turned into a bear after he refuses to marry her. In the 1991 film adaptation The Polar Bear King (Kvitebjørn Kong Valemon / Der Eisbärkönig) she was played by Anna-Lotta Larsson.

Young King Valemon is put under a spell when he refuses to marry the evil Witch who wants to rule his kingdom. Scorned, she turns him into a polar bear though he will turn into a human every night at midnight. If he can find a bride within seven years who will be content to marry a polar bear, and if he can go the whole seven years with no one seeing his face, he will be free. If anyone does see his face before those seven years were up, he will belong to the Witch forever.

Valemon heads North, where he meets the Princess. When she meets Valemon, she knows she has found the prince of her dreams. Believing his story, she agrees to go with him as his Queen. Her family tries to stop her, but they are unsuccessful and the Princes is determined to go. The two head South and get married. Things are good for a time for our couple, but the curse is not broken yet.

The Witch is not used to losing, and she will stop at nothing to win the King and his kingdom. The Princess has one rule to follow: she is not to look at her husband's face. When she breaks this rule, Valemon has to go to the Witch. The Princess with the help of a magical mother-in-law and her own missing children, she sets out on a quest to save her love and land from evil.

A major change in the film is that it is now the Princess who finds a way to defeat the Witch. She achieves this with the help of Valemon's mother, here a good sorceress, by sneaking into the Witch's laboratory and preparing a special elixir. The Witch allows the Princess to help with the serving at the wedding ceremony and switches the wine with the elixir, and the Witch and her evil guests are magically destroyed when they all take a drink following a toast. (In the fairy tale, she and her bridesmaids fall through a trap-door installed in a bridge.) 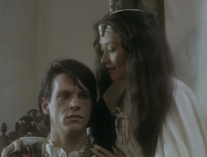 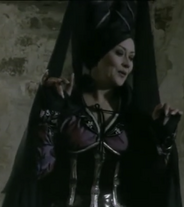 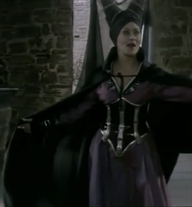 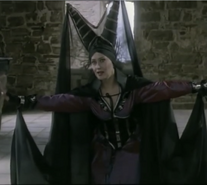 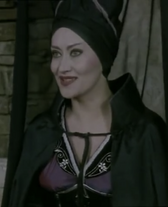 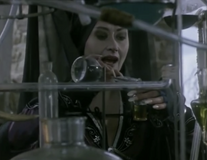 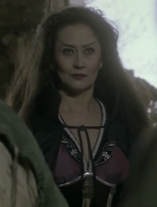 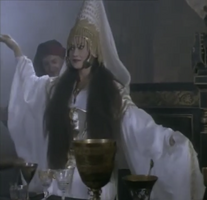 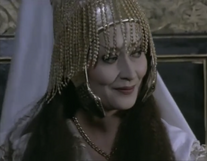 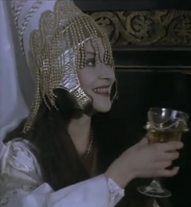 Add a photo to this gallery
Retrieved from "https://femalevillains.fandom.com/wiki/Witch_(The_Polar_Bear_King)?oldid=205744"
Community content is available under CC-BY-SA unless otherwise noted.