Start a Wiki
watch 01:51
The Loop (TV)
Do you like this video?
Winnie Harper (Marcy Rylan) is the main antagonist in the 2006 film "Bring It On: All or Nothing". Marcy Rylan is now known as Emme Rylan.

Winnie Harper was at first Britney's best friend and trusted advisor. The two of them seemingly had a competitive, but civil friendship where Winnie tried with little success to beat Britney at something, including becoming cheerleader captain which she was extremely jealous about. She also had interest in the football quarterback Brad Warner (Jake McDorman), despite the fact that he was dating Britney. Winnie was greatly disliked by Britney's other much more down to earth close friend since kindergarten Amber (Cindy Chu)  and she would soon became Britney's worst enemy.  Winnie soon proved to be a very superficial person when she insulted a cheerleader Breanna for her weight despite her skills and forced Britney to have her thrown off the squad unless she lost weight in front of the whole squad.  When Britney (Hayden Panettiere) moved to Crenshaw Heights H.S., Winnie took the place as captain of the Pacific Vista Pirates cheerleading squad and also forced Britney to swear never to cheer for another squad, indirectly insulting her by saying she would be a "cheer whore" should she break this promise.  She proved to be a cruel and domineering captain who worked her squad hard by forcing them to practice outside despite the sprinklers, perform dangerous moves with no regard for her squad's safety, forced Breanna to starve herself, and wear her squad out by having them run laps. She also neglected leading cheerleading practice to perform flirty dances for Brad, proving that she only wanted to be captain to attract boys that met her standards and boss people around and skipping practice merely for having a pimple on her forehead. Because of this, the squad greatly preferred Britney over Winnie, especially Amber whose hatred for Winnie grows stronger.

Later, Winnie see's a video of Britney cheering with her new squad the Warriors and gleefully resolves to expose her as a "cheer slut". Winnie then brings Amber and their other friend Sierra to one of Britney's games who are hurt by her secrecy. Once Amber and Sierra are out of sight, Winnie gleefully rubs in Britney's face that her friends now hate her and that she is no longer able to get in her way to get what she wants, revealing herself as a backstabber who never truly saw Britney as a friend and only as an obstacle.

Winnie's's moment of triumph is short lived when Britney's friends forgive her and Brad takes her to homecoming, much to her anger. Winnie then briefly pretends to still be Britney's friend before insulting her new squad with extremely racial comments. She made judgements about Britney's friends at Crenshaw Heights because of the color of their skin.  In addition, she insulted Amber by calling her "Crouching Tiger", a racist slur and insults Britney claiming she no longer deserves to be called a pirate and challenging her to a cheer off. When Britney receives many more cheers then Winnie and the squad suggest using cheers like Britney, Winnie orders them to shut up angry that she has been shown up again.

As Brad is crowned homecoming king, Winnie attempts to belittle Britney by claiming he was about to dump him. Britney responds to this by revealing Brad got her a key to a hotel to have sex just as she crowned homecoming queen which renders her victory meaningless. Angry over this, Winnie embarrasses herself and Brad in front of everyone present at the dance by admitting she had sex with Brad and by doing so, had finally beaten Britney at "something she couldn't do". All of this finally pushes Britney over the edge and she officially ends her friendship with Winnie claiming she is too much of a backstabber to deserve any real friends and also breaks up with Brad (who Britteny realized is an unfaithful, obnoxious, and racist jerk) and declares Winnie was right about Britney not having it what it takes to be a pirate anymore and making clear she no longer wants to be which earns her a round of applause. Amber then gleefully performs spirit fingers directed at Winnie before flipping her off, delighted at seeing her get her comeuppance for her cruelty towards Britney.

At the cheer off, Winnie approaches Britney and the Warriors to insult them. Britney stands up to her and gives the Warriors full consent to hurt her if they want, declaring they are not friends and they never were, now seeing her for the selfish cruel person she truly is. The two proceed to trash talk each other before taking their leave after Winnie calls Britney "white trash". Although Winnie and the pirates are able to wow the crowd with their cheers,Britney notices their steps are very repetitive, Using this knowledge to their advantage, the Warriors interrupt the Pirates during the finals with a cramping performance which intimidates the Pirates and throws them off their game. After the Warrior's performance ends, Winnie approaches Rihanna and insists that Crenshaw Heights should be disqualified ("or arrested") for interrupting PV's routine. This leads to an argument between Winnie and the rest of the Pirates, who have finally been pushed over the edge by Winnie's selfishness and stand up to her. When Winnie declares that she is captain and there is nothing anyone can do about it, Britney notes, "Spirit Law states that if there's a cheer mutiny, a squad can vote to replace their captain." This prompts Amber to start a vote for Winnie to be replaced as captain, which everyone present unanimously votes yes (even Rihanna and the other performing squads who see her for the selfish racist person she is). Winnie attempts to protests dismissing CH's style as "ghetto," to which Rihanna responds that she judges a squad by their skills and not by where they come from. Rihanna ultimately selects Crenshaw Heights as the winners, and Winnie is forced to resign as captain in disgrace with Amber taking her place. 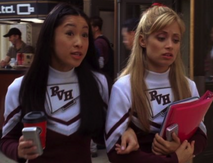 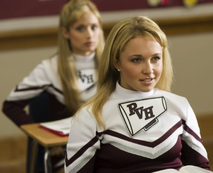 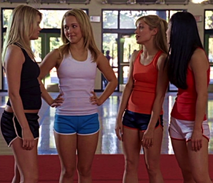 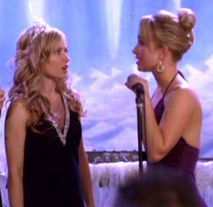 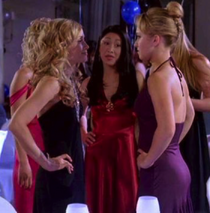 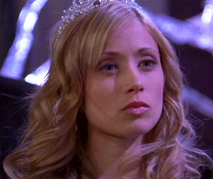 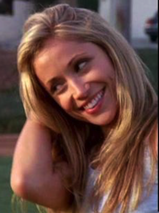 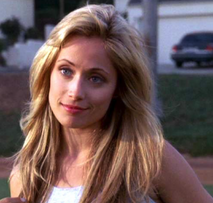 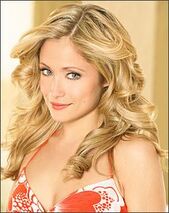 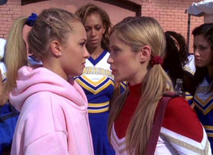 Add a photo to this gallery
Retrieved from "https://femalevillains.fandom.com/wiki/Winnie_Harper_(Bring_It_On:_All_or_Nothing)?oldid=133562"
Community content is available under CC-BY-SA unless otherwise noted.