Whiplash appears in the movie engaging in a prison yard fight with Heather McClure (Angela Aames). As the fight begins, Whiplash is dressed in her baby blue top which is issued to every inmate. However, she soon strips out of the shirt exposing her leather outfit consisting of corset top, thigh high leather boots, leather bicep and wrist bracelets, and a leather choker necklace. All of these leather items have metal studs or spikes doting the edges. Whiplash dons a leather whip that she uses to flogging or beating her victim.

It appears that Whiplash is going to clearly win the fight as she quickly gains the upper hand, getting on top of Heather, the blonde bombshell. As the fight continues, we see two busty girls watching the action intently outside the fence along with the warden. They are Angel Wolfe (Melanie Vincz) and Whitestar (Raven De La Croix). They are there scouting Heather as a possible recruit to join them for a martial-arts tournament.

Whiplash in a pause in the action, takes off her corset revealing a matching leather black push up bra, that slowly begins to allow Whiplash's breasts to pop out of the material and also a matching black leather thong. She begins to kick Heather with her thigh high boots as she is laying on the ground and then again gets on top of her. Whiplash is knocked backward onto her back and Heather comes in to get on top. However, Whiplash kicks her backward with her boots into a giant mud puddle. Whiplash gets off the ground and finds a giant rock to throw at Heather. However, before she is able to throw it, Heather takes off her blue blouse and uses it as a whip herself. After stunning Whiplash, she comes in and turns her around. Then she gives Whiplash a mighty upper cut which knocks her backward into the mud puddle. This upper cut KO's Whiplash, and after she hits the water, we don't see her move again. The rest of the inmates cheer for Heather as she dances around with her hands in the air.

This is the last time we see Whiplash in the show, as Angel and Whitestar take Heather out of the prison. She is prime example of being portrayed as a tough female warrior but being ultimately weak. As being more well equipped and having the upper hand on Heather. All it takes is for Heather to hit her once to lose her balance and being defeated. Maybe more on armour and smaller boots for mobility, if giving another chance. Most likely she stayed in jail after being humiliated 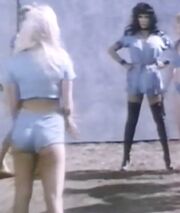 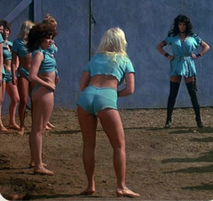 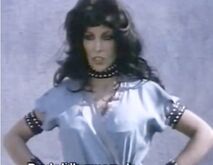 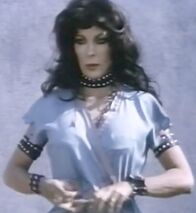 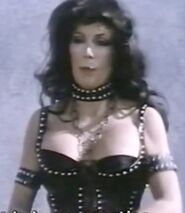 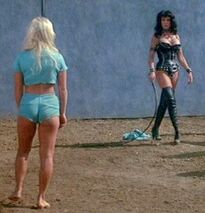 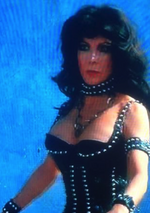 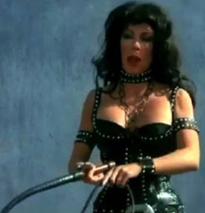 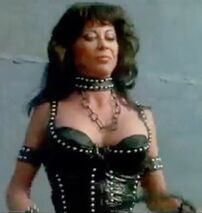 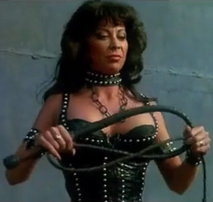 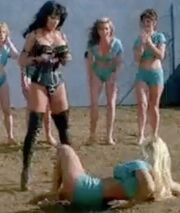 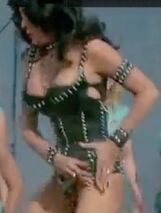 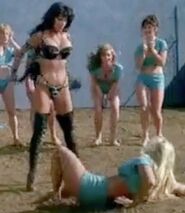 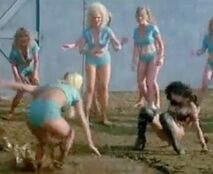 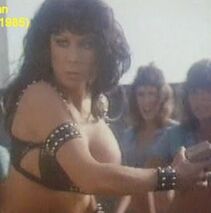 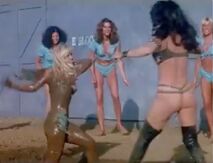 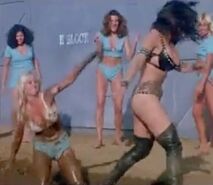 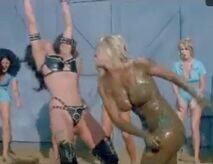 Add a photo to this gallery
Retrieved from "https://femalevillains.fandom.com/wiki/Whiplash_(The_Lost_Empire)?oldid=150050"
Community content is available under CC-BY-SA unless otherwise noted.