Wendy Chase, aka Gwen (Valerie Bertinelli), is the main villainess from "Campus Terror," the second season finale of The Hardy Boys/Nancy Drew Mysteries (airdate May 7, 1978). She is a college student at Eastlake, and a former girlfriend of Joe Hardy.

Wendy was elated to see Frank and Joe upon their arrival, which had them investigating the abduction of female students. The episode showed two students, Jill Sommers and Alice Smith, being abducted by the mysterious kidnapper, with two others happening shortly before the episode's events. Wendy herself was nearly a victim, as she was attacked in her room. In all of the abductions, an ominous voice called and warned the Hardys to stay away from the case.

However, as the episode progressed, Wendy was revealed to be behind the abductions, and it was also revealed that she had a split personality--an evil alter-ego named Gwen. Gwen despised what she conceived as "sweet and perfect girls," which prompted the four abductions. She even attacked herself in her room, as Gwen felt held back by Wendy. As for the phone calls, Wendy/Gwen used a remote and David Llewellyn's computer to make the calls directed towards the brothers.

Wendy's disappearance prompted a search from Frank and Joe, with the latter finding her at a carnival, where she was revealed as the kidnapper. The villainess held Joe and gunpoint and forced him to call her Gwen, while revealing her motive for the kidnappings--stating that the girls were too much like Wendy and she committed the abductions so Wendy could see what it's like to be trapped inside. Joe managed to escape, only for Gwen to resurface and force him to join her on the ferris wheel. Joe attempts to get through to Wendy and tell her to fight back against Gwen, which works after Frank arrived and stopped the ferris wheel. Wendy was later arrested and placed in psychiatric care, and she was visited by Joe at the university's medical center, appearing to show progress. However, after Joe left with Frank, the final scene showed Wendy smoking a cigarette and giving a sinister expression, showing signs of reverting back to her evil Gwen persona. 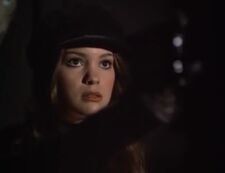 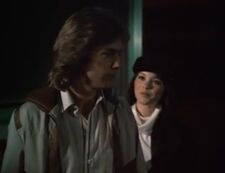 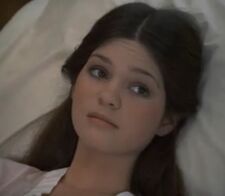 Wendy after her arrest 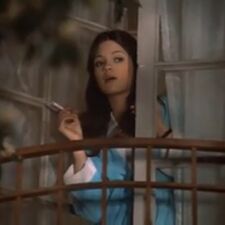 Wendy hinting a revert to her evil Gwen persona
Add a photo to this gallery
Retrieved from "https://femalevillains.fandom.com/wiki/Wendy_Chase_(The_Hardy_Boys/Nancy_Drew_Mysteries)?oldid=89382"
Community content is available under CC-BY-SA unless otherwise noted.