Yu-Rang is in charge of a group of hoodlums under her command, plus she’s the mistress of a club called The House of 7 Joys.  As soon as Matt Helm (Dean Martin) arrives at the Copenhagen, Denmark airport, she is notified of his whereabouts.  Yu-Rang is wearing a blue/green/purple/yellow patterned long skirt dress with a slit up the sides and a low cut back. Her hair is up in a bouffant style, and she is wearing purple high heals.  She checks in with her associate/boss, Count Massimo Contini (Nigel Green) who tells her to keep monitoring him, but don’t kill him. When Helm and Freya flee from Contini’s chateau, they are pursued by Yu-Rang and her hired guns, who attempt to run them off the road.  They end up in the mountains and board a gondola to get away.  Yu-Rang is wearing a short white mini-skirt dress with white high heels and a white hair tie pulling her hair in a ponytail.  Yu-Rang at gunpoint tells the gondola operator to bring the gondola back down, but Helm hasn’t actually boarded the ride.  Helm fights the goons as Yu-Rang watches from afar.  She is amused when they seem to be getting the upper hand.  Helm gets away, and she notifies Contini of their failure.

After returning to his hotel, Helm finds Yu-Rang in his hotel suite. She has stripped out of her clothes which she scatters on the floor and is wearing a blue lingerie style nightgown to seduce him.  Yu-Rang uses her beauty as a way of manipulating Matt Helm and lies down on the bed.  She offers him half the stolen gold as a sort of partnership.  As they make out, she attempts to stab him.  At just the right time, Freya shows up and announces that MacDonald is on his way.  Yu-Rang exits along with her goons.

Helm then receives a call from Linka Karensky (Elke Sommer) who invites him to visit her at the lodge.  Here, Linka attempts to partner up with Helm as well.

Later, Helm goes to the House of 7 Joys to meet Yu-Rang but ends up being captured in a revolving booth.  Yu-Rang is wearing a purple/blue,/pink/green/orange patterned short mini-skirt dress with green pumps, and her hair is pulled back in her signature ponytail with a hair tie.  Helm is soon joined by ICE director MacDonald (John Larch), who has been lured there by Linka Karensky (Elke Sommer).  After Contini orders Yu-Rang to kill the two ICE agents, Freya grabs a gun and sets the men free.  Linka wounds MacDonald.  She is about to shoot Freya, when Helm grabs Linka and throws her into the revolving booth.

Contini orders the rotating booth to be raised and to kill Helm and MacDonald.  However, when the door opens and the thugs begin firing with their machine guns, they discover that Linka and one of his henchmen were sitting in the booth.

Contini, who coldly never shows his feeling, is now in the need of a new mistress, he tells Yu-Rang that he will meet her in Luxenberg after the gold is transported. Contini has lost two mistresses so far including the beautiful Gypsy dancer Lola Medina (Tina Lousie) who was killed by Contini's next mistress and fiancé Linka Karenski, who was just gun down by Yu-Rang's henchmen on Contini's orders. Yu-Rang a loyal Contini supporter has a real opportunity to become his next lover and maybe even a Countess - if she survives.

Helm and Freya attempt to get to Contini’s chateau but run into car problems by taking a short cut.  Yu-Rang is ordered to run interference.  Helm and Freya accidentally blow up their car and they end up taking a helicopter to the chateau.

Inside the chateau, Matt is trapped when suddenly bars slide down and cover the windows and the doors. Then bombs are set off inside the house as Matt takes cover under a table as the ceiling collapses after the explosion.

Contini and his surviving men have loaded the gold into a truck and then driven the truck onto a railroad car attached to the Count's special locomotive which is headed to Luxembourg.  In the locomotive Contini can watch the action in the chateau as his former home has a number of video cameras placed in every room.. Contini has also had his chateau booby-trapped with a number of bombs and other surprises placed in different rooms.

Freya finds a control panel in the master bedroom that Contini shared with his late mistress Linka. The control panel controls the bars on the windows but also sets off the bombs when she pushes the wrong buttons.

After almost blowing Matt up Freya manages to find the buttons that control the bars on the windows.

The booby traps can also be controlled remotely from Contini's specially designed locomotive.

Yu-Rang enters the master bedroom just as Freya about to leave. Yu-Rang goes to the control panel and is about to push some buttons when Freya stops her with a Karate chop.

Both Yu-Rang and Freya appear to be martial arts experts. They both back up and bow to each other in the prelude to a major confrontation.

This martial arts catfight between Freya Carlson (Sharon Tate) and Yu-Rang, was actually choreographed by the famous Bruce Lee.

Freya has the longer legs and at the end of the long battle, Yu-Rang is knocked unconscious.

As Helm and Freya leave, Helm sees his former lover laying on the floor and gently picks Yu-Rang up and places her on the bed.

Contini watches this from surveillance video aboard the train, he appears not to be pleased that Yu-Rang lost the fight and presses a button on his remote control device.  There is a giant explosion that blows up the bed on which Yu-Rang lying. Matt and Freya made it safely out of the room and now there is nothing left of the very beautiful and always loyal Yu-Rang.

Count Contini has lost another mistress this time without ever tasting her fruits but he again does not show emotion and does not appear distraught over Yu-Rang’s death, since she had failed him.

Using the small helicopter Helm and Freya manage to catch up with Contini's train. Landing the chopper on the roof of the truck and dismounting just before the flying machine falls off and explodes on the ground.

Matt and Freya kill Contini's remaining loyal guards and fight their way into the locomotive control room. Matt kills the Count by pushing him out of the trap door in the bottom of the train car onto the tracks while the train is in motion.

Matt who has been interrupted every time he attempts to have sex with a woman is now on a long slow train ride to Luxemburg with the sexy Freya. Contini's special locomotive is equipped with a foldout bed and Freya changes into a seethrough nighty as she starts her seduction of Matt Helm. 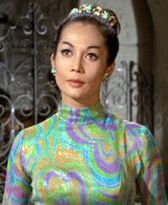 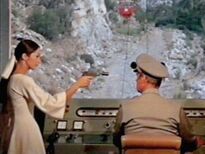 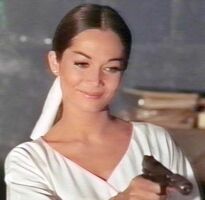 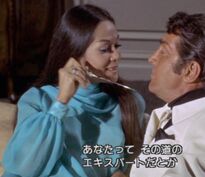 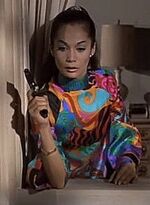 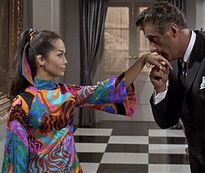 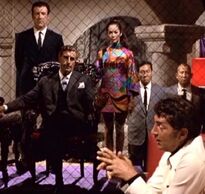 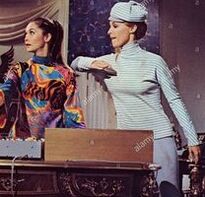 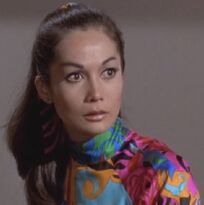 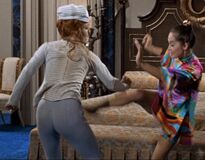 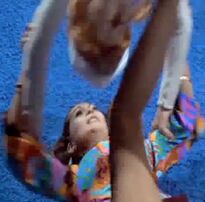 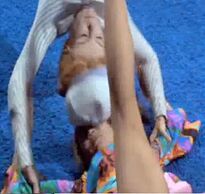 Add a photo to this gallery
Retrieved from "https://femalevillains.fandom.com/wiki/Wen_Yu-Rang_(The_Wrecking_Crew)?oldid=216380"
Community content is available under CC-BY-SA unless otherwise noted.