The Female Villains Wiki
Register
Don't have an account?
Sign In
Advertisement
in: 1990s, Boots, Braided Hairstyle,
and 11 more

Warden Sybil Thorn (Mindi Miller) is a villainess in the 1990 remake exploitation film "Caged Fury".  At the time, Mindi was going by the stage name Ty Randolph.

Warden Sybil Thorn is the lesbian warden of Honeywell State Prison.  The prison houses lingerie clad prisoners who have been detained on trumped up charges and forced to serve out their sentences performing "duties" and unusual favors for a chance at early parole.

Honeywell may be a prison, but not one sanctioned by the State of California. The pipeline from Buck's studio to Mr. G's casting couch to kangaroo court to Honeywell Prison is all part of a human trafficking organization that captures, subdues and sells young women into slavery.  It is revealed that the district attorney and warden Sybil are all actors in order to satisfy this industry.

At the end of the film, the prison gets raided.  In order to avoid investigation, Sybil orders her guards kill all the inmates to get rid of the evidence. 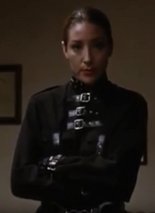 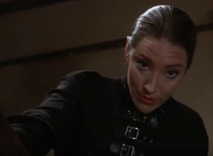 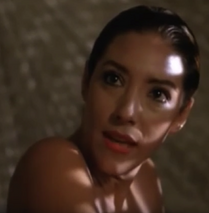 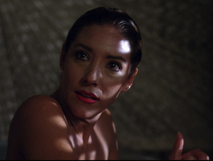 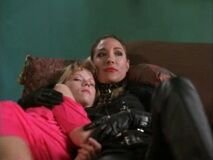 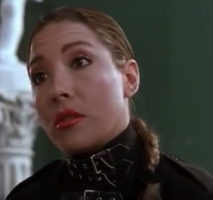 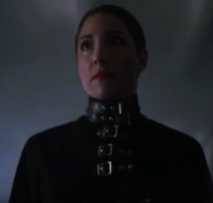