Start a Wiki
watch 01:48
The Loop (TV)
Do you like this video?
Warden Sutter (Sybil Danning) is the main antagonist in the 1986 film "Reform School Girls".

Warden Sutter is the evil sadistic warden of the Pridemore Juvenile Facility For Girls.  When each new group of girls arrive, they are forced to strip in front of the prison nurse and take a shower while being informed that they will be "inspected inside and out".  Afterwards, they are forced to stand naked along a wall while the nurse sprays them with DDT delousing fluid.

Warden Sutter has as an assistant named Edna (Pat Ast) who is responsible for making sure there is plenty of fear among the inmates.  Edna has given power to Charlie Chambliss (Wendy O. Williams) to act as an inmate bully.  Therfore, Sutter and Edna allow Charlie to wreck havoc.

At night, Warden Sutter broadcasts religious oriented messages from the tower as the girls are going to sleep.

When Charlie and inmate Jenny (Linda Carrol) get in a major catfight in the barracks, Warden Sutter decides she has had enough.  She shoots a shotgun into the ceiling, and then when Charlie complains, Sutter turns on her.  Sutter is arrested and put into solitary confinement.  This turns the tables on the inmates, and they begin rioting.

In the end, Edna uses the tower to begin shooting the rioting girls. Charlie is killed while riding on top of a speeding bus.  When she jumps off, the bus takes out the tower, which in turn causes Edna to tumble to the ground dead. 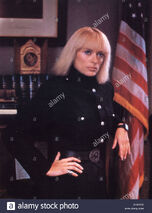 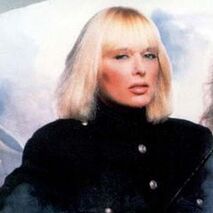 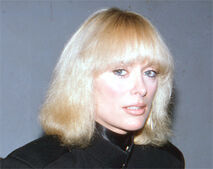 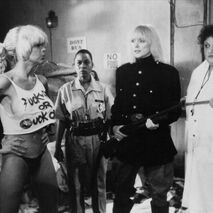 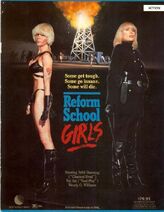 Add a photo to this gallery
Retrieved from "https://femalevillains.fandom.com/wiki/Warden_Sutter_(Reform_School_Girls)?oldid=121107"
Community content is available under CC-BY-SA unless otherwise noted.