Start a Wiki
watch 01:48
The Loop (TV)
Do you like this video?
Vultura (Lorna Gray; 1917-2017) is the main antagonist in the 1942 Serial, "The Perils of Nyoka".  Perils of Nyoka was one of twenty-six Republic serials.  It was re-released in 1952 under the new title "Nyoka and the Tigermen".  Then it was re-released as a film on television in 1966.  The title of the film was changed to "Nyoka and the Lost Secrets of Hippocrates".

Vultura is the evil jungle and desert Queen.  She is also called "Ruler of the Arabs".  She is searching for the Golden Tablets of Hippocrates containing the medical knowledge of the ancients.  In addition, the tablets have been buried along with gold and other treasures.  Of course, Vultura didn't care about the medical information and the tablets, she only was interested in the treasure.

Lorna has competition in this quest from Nyoka Gordon (Kay Aldridge) and Dr. Lary Grayson (Clayton Moore).  Nyoka is able to translate a papyrus that is found by Dr. Campbell.

Vultura has a henchman in Cassib (Charles Middleton), and a pet gorilla.  The two of them operate from her underground Temple of the Sun Goddess in the Tuareg realm in Northern Africa.

The tablets change hands throughout the serial.  In the process of those exchanges are several hair-pulling catfights between Vultura and Nyoka.  At one point, Nyoka is captured by Vultura and is suspended by a rope, limply dangling above bubbling lava inside a cave.  They torture her to have Nyoka reveal the translation of the papyrus.

In the final episode, she has another one of her catfights with Nyoka in her temple.  Vultura has a knife and the two are rolling around as her pet gorilla looks on.  The gorilla breaks free from his chains and picks up a spear.  He attempts to spear Nyoka, but she seems him out of the corner of her eye.  At the last moment, she moves and Vultura is stabbed instead.  The gorilla then begins to attack Nyoka, but is shot and killed. 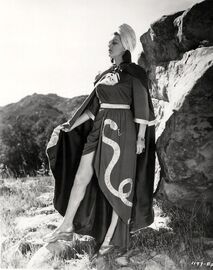 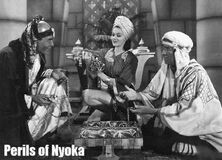 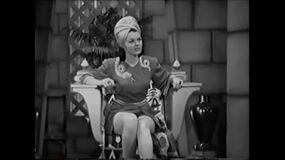 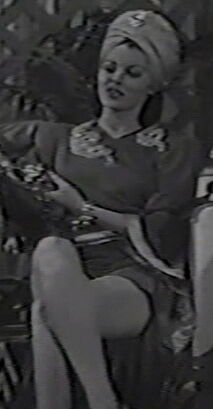 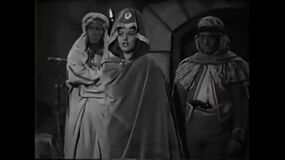 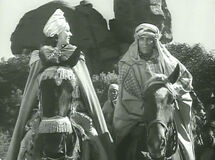 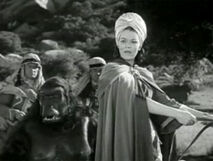 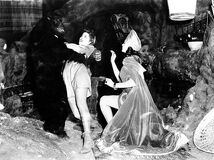 Poisoning of a scientist aiding Nyoka 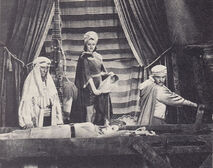 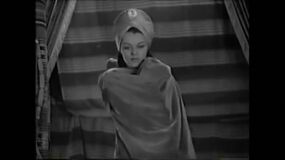 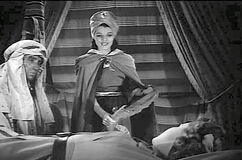 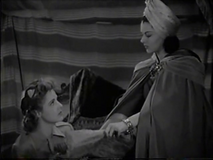 One of the catfights w/Nyoka (part 1)

The Queen is knocked out (part 2) 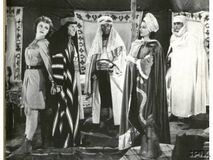 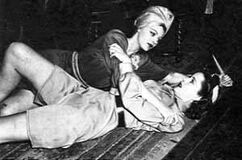 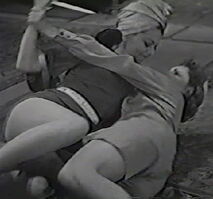 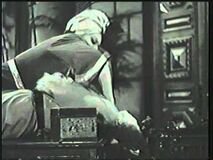 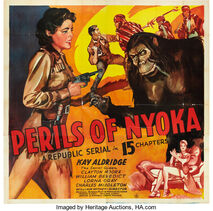 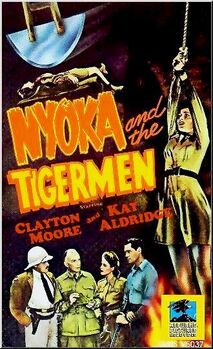 Add a photo to this gallery
Retrieved from "https://femalevillains.fandom.com/wiki/Vultura_(The_Perils_of_Nyoka)?oldid=153303"
Community content is available under CC-BY-SA unless otherwise noted.