Immunity to most forms of venom and toxins

Viper (real name Ophelia Sarkissian, formerly known as Madame Hydra) is a fictional supervillain appearing in American comic books published by Marvel Comics. She is a foe of the Avengers and the X-Men.

Somehow Viper ended up behind bars again, only to be freed by the Red Skull, who wanted her as his partner. After a brief attempt to steal a Russian nuclear weapon and frame SHIELD for the theft, which was stopped by Nick Fury, Viper used some of Red Skull's financing to begin an operation to blind all of America via their TV sets. Thinking this would damage society so badly he could not carry out his own plans, Red Skull hired Silver Sable to stop her and bring her in. With the help of Captain America, Sable captures Viper. They drop her off at the agreed location, where Skull's agent, Iron Monger comes to pick Viper up. They listen in as Iron Monger brutally assaults Viper, hoping to get her to disclose the location of her base, but she refuses. When her own agents, The Fangs, come to free her, Cap and Sable follow Viper back to her base. Cap, Sable and her team, The Wild Pack, thwart the transmission of the blinding signal. In SHIELD custody, Viper reveals the location of Red Skull's base, but he has already left when they arrive.

The most audacious alliance of all was with Wolverine. In order to seize control of a power vacuum left in Madripoor  Viper claimed a long-held debt with Wolverine - a promise he had made to a dying Seraphto do anything that Viper wanted - and married him! Once married to Logan, he helps her take down and HYDRA operatives  so that she can take control of Madripoor for herself. After a time spent married, Wolverine's old mentor Ogun shows up as a wandering spirit, possessing random people in Madripoor and using them against him. Wolverine desperately tries to prevent Viper from killing the people he takes control of! Things come to a head when he possesses Viper herself and invites Wolverine out to an abandoned dock, wanting to take possession of Logan himself. However, Wolverine's mind proves too bestial and full of horror to stay in, and Ogun is forced back into Viper. Wolverine fatally stabs her and Ogun is forced to flee into the night sky. Viper, desperate for treatment for her wounds, finally agrees to a divorce.

Viper dies when she is captured by Leviathan forces who were seeking to obtain an alien power source from HYDRA. On discovering that she did not have it, the current Madame Hydrashoots her at close range. When the other members of HYDRA reach Viper's location, they find her dead body. The Hive brings her back to life with one of his spawned creatures, giving her a new monstrous, tentacled form.

Viper joins with the assembled factions gathered by Norman Osborn (Hydra, AIM and the Hand) to get revenge on the Avengers. She regains her human appearance.The groups strike at the Avengers publicly and physically, and are able to capture Captain America, whom Viper enjoys torturing. However, the few Avengers they manage to imprison are freed and when Osborn, Gorgon and the Dark Avengers are defeated, Viper seizes control of all the assembled groups herself.

Viper, who was ousted from her position of command in Madripoor by Mystique and Sabretooth and their allies, heard about the contract set out in regard to the healing factor-less Wolverine. She found and chained Sabretooth, keeping him as a bet, which speaks to her cunning and vicious ways. The Emerald Queen lured Logan to her location, where he easily killed the guards in her throne room. She set Sabretooth against Logan. Victor almost killed Wolverine, but Lady Deathstrike intervened just in time to take down the brute. In all the chaos, the Green Queen, and former wife of Wolverine, slipped away. 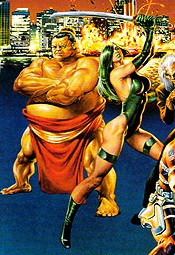 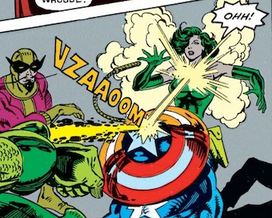 Shield in the Chest 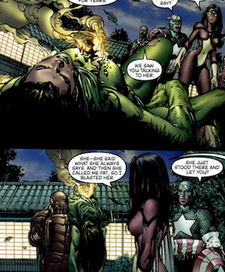 Then She Called Me Fat 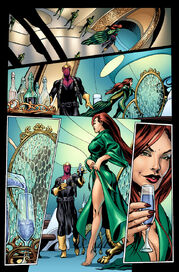 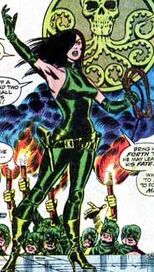 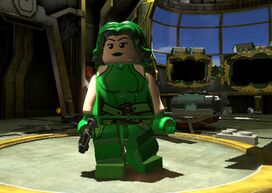 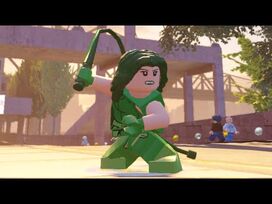 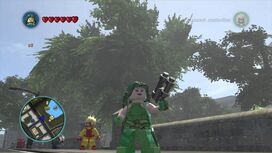 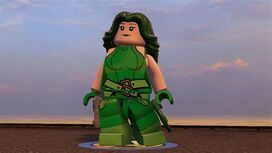 Add a photo to this gallery
Retrieved from "https://femalevillains.fandom.com/wiki/Viper_(Marvel_Comics)?oldid=191950"
Community content is available under CC-BY-SA unless otherwise noted.