Victoria is the evil niece and aid to Amory Partridge (the suave George Sanders) a villain who returns following an appearance as the antagonist in a first season episode.

In the Canadian Yukon, Partridge has acquired a large supply of a previously unknown mineral. The mineral is very heavy and possesses magnetic power. Partridge intends selling it to THRUSH, the criminal syndicate bent on conquest, who will use it to disrupt world communications. UNCLE agents Napoleon Solo and Illya Kuryakin are dispatched to the Yukon to stop Partridge. Partridge has taken over a small town, and many of the residents of the area - including Eskimos and mounties (!) are his henchmen.

In the course of the story, Solo and Kuryakin are captured by Partridge and his minions, manage to escape, and eventually defeat the villains and destroy the supplies of dangerous mineral so THRUSH can't get their hands on what would be a very powerful weapon.

Victoria is a slim, blonde, beautiful Caucasian woman in her 20s. Her hair is swept back and in a bun at the back. She wears long 1890s style dresses. One odd thing about this episode is that Partridge's town seems stuck in a time warp. Though it's 1965, all the characters wear clothes from the period of the Klondike gold rush of the 1890s. In the saloon, the decor is from the gilded age, the miners are right out of 1898, and girls dance the "Can Can. None of this is ever explained, and nobody raises questions about the anachronisms.

Victoria seems to have all the the corrupt, greedy, and ruthless traits characteristic of the family. Sociopathically homicidal, twice she tries and fails to gun down an unarmed Solo.

The devious and treacherous Victoria turns on Partridge late in the episode, sneaking up behind him, pointing her gun in his back, she disarms him. Victoria intends getting for herself all the loot for the mineral from THRUSH. She holds Partridge and the heroes at gunpoint, but Solo manages to throw a smoke bomb at her, and she is soon disarmed. Solo and Kuryakin tie up Partridge and Victoria together. Solo says he is leaving them to the "tender mercies" of THRUSH, who are due to arrive soon -  and will not be pleased the promised merchandise has vanished.

When Solo ties up Victoria, the lingering of the camera on the scene introduces a significant "bondage" element -  consciously or unconsciously. 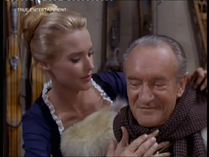 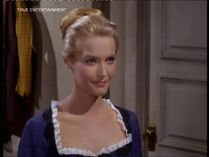 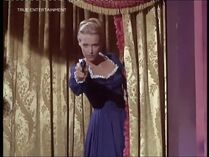 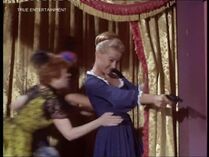 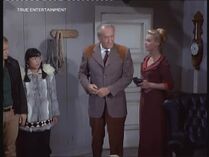 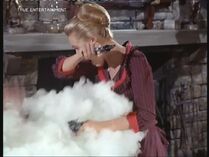 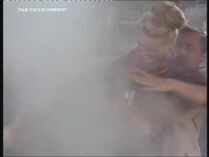 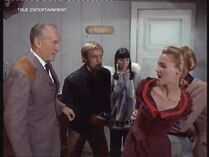 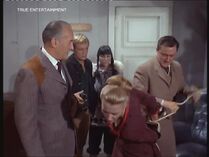 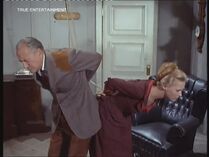 Victoria 10
Add a photo to this gallery
Retrieved from "https://femalevillains.fandom.com/wiki/Victoria_(The_Man_from_U.N.C.L.E.)?oldid=166371"
Community content is available under CC-BY-SA unless otherwise noted.