Start a Wiki
watch 01:51
The Loop (TV)
Do you like this video?
Velvet Von Black (Rosario Dawson) is a secondary villainess from the 2009 animated movie The Haunted World Of El Superbeasto.

Velvet was an exotic dancer at the Haunted Palace, and has the mark of the Devil branded upon her right butt cheek.  She earned the attention of Dr. Satan, who immediately wanted Von Black as his bride and ordered Otto the Gorilla to kidnap her.

Velvet is very mean, rude, foul-mouthed, and disrespectful to everyone she meets. She also doesn't like to be rushed, bothered, and is money-hungry.

She is an exhibitionist, and very disobedient.  She has the power to manipulate any part of her body, as found in her striptease at the club. By blowing on her thumb, it makes her breasts and posterior to increase in an unbelievable size. She uses this power to entrance El Superbeasto as he watches her striptease.

Otto disliked the mission and hated Von Black even more because of her profanity. Velvet also did not realize that by agreeing to marry Dr. Satan, she would then be giving him the key to ultimate power after their marriage was complete. Upon doing this, Dr. Satan would be a powerful and muscular version of himself, possessing all the powers of hell and rule the world.

After the wedding ceremony, Satan transformed into a literal Satan and began tearing apart the neighborhood surrounding Monsterland. During that, an angry Velvet met Suzi X and started a great catfight with her. When Velvet attempts to use her power of inflating her breats. She enlarges one boob which knocks Suzi in the face. However, Suzi X punctures the next breast as it is in the process of inflating. Next, Suzi knocks Velvet into a water fountain. Suzi pulls her head, and then gives her several punches in the belly. Then she jumps on Velvet and bashes her head into the ground repeatedly. As Velvet is lying on the ground, Satan stepped on her with a cloven hoof and almost crushed her, not realizing that by doing so, he negated the effect that gave him his power.

Velvet survived the incident and was being served by Otto the Gorilla. She then turned on Otto, but tightening his bolt leading to the two having sex. 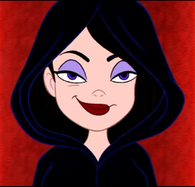 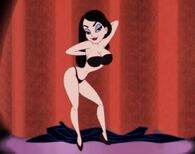 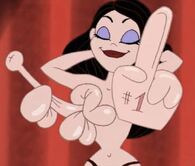 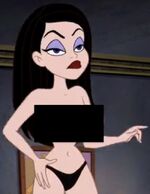 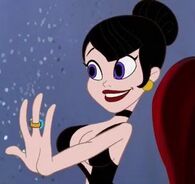 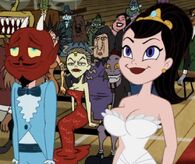 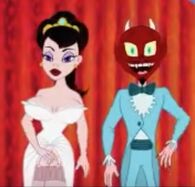 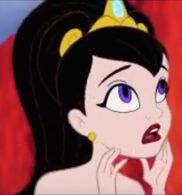 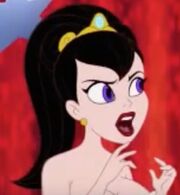 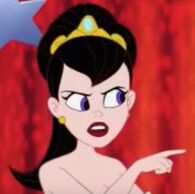 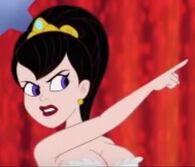 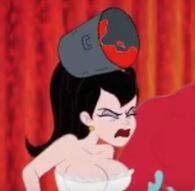 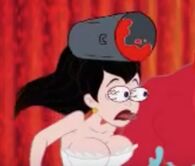 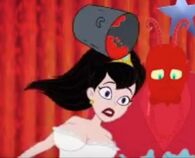 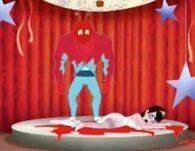 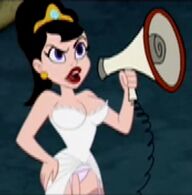 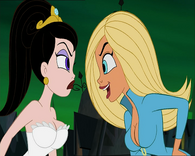 Add a photo to this gallery
Retrieved from "https://femalevillains.fandom.com/wiki/Velvet_Von_Black_(The_Haunted_World_Of_El_Superbeasto)?oldid=194737"
Community content is available under CC-BY-SA unless otherwise noted.