Start a Wiki
watch 01:38
The Loop (TV)
Do you like this video?
Valeria Messalina (Belinda Lee) is the main villainess in the 1960  Italian Peplum film "Messalina".

After the tyrannical Emperor Caligula was murdered by his Praetorian Guards, Rome needs a new emperor. The Senators and the Praetorian Guards are undecided who the next emperor should be but finally agree that Claudius, the elderly cousin of Caligula should be chosen to rule.

Now that they had an emperor, they now had to find him a wife. At the same time, Valeria, a cousin of Claudius, was due to become a priestess in the Temple of Vesta. Valeria is no virgin. She a beautiful temptress, who has had numerous lovers and will marry Claudius, even though he is much older.

Valeria doesn't want Claudius. She wants power. Now she will be Valeria Messalina, Empress of Rome. The most powerful woman in the world.

In the meantime, she meets a young military commander named Lucius Maximus in the gardens and falls in love with him, but she uses a fake name and he does not realise who she is.  Messalina sends him away to war in Armenia.

Messalina first poisoned Claudius on her wedding night.  However, she was already ensconced on the throne and in power.  The Senate then sent a guard to kill her, but he too was mesmerized by her beauty and killed after having sex.  She soon launched a reign of terror that shook the empire to its very foundations.

Two years after sending Lucius away to war, he returns.  Messalina has taken control of Rome and the citizens worship her name.  Lucius discovers that she is making wealth by destroying poor suburbs and selling the land.  He confronts Messalina but discovers her to be the woman of his love and is torn between what to do.

Messalina was finally killed by a knife to her abdomen, while her court was poisoned.  She died in the hands of Lucius, telling him that he was the only one she ever loved.  The killer told Lucius that she had to die, because Rome must live. 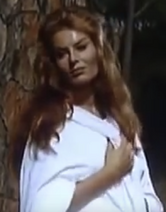 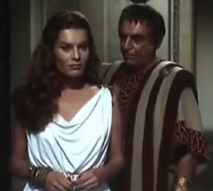 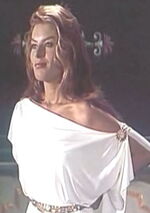 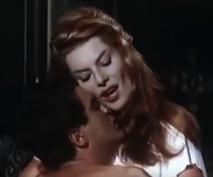 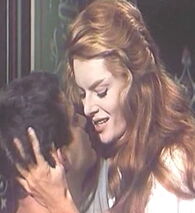 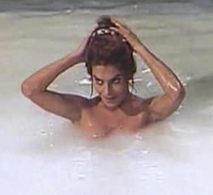 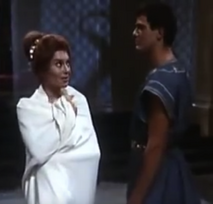 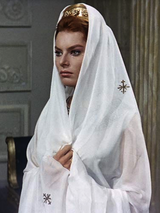 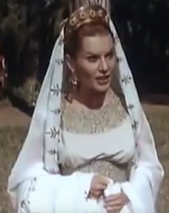 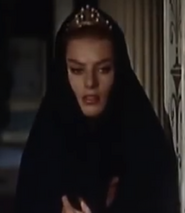 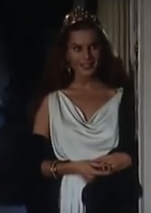 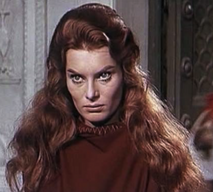 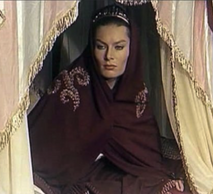 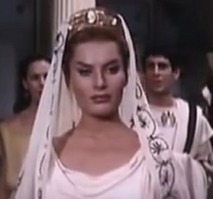 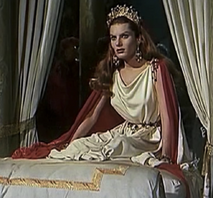 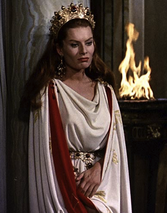 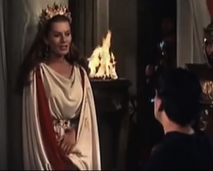 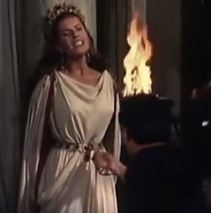 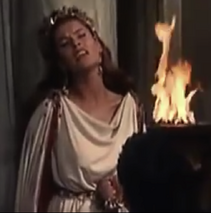 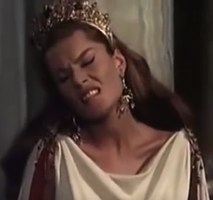 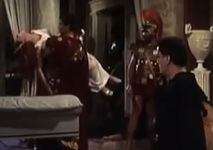 Add a photo to this gallery
Retrieved from "https://femalevillains.fandom.com/wiki/Valeria_Messalina_(Messalina)?oldid=205495"
Community content is available under CC-BY-SA unless otherwise noted.