Start a Wiki
watch 04:10
The Loop (TV)
Do you like this video?
Valentina de Santis (Francesca Neri) is a secondary villainess in the 1990 superhero film "Captain America".

Valentina de Santis is the daughter of Tadzio de Santis aka Red Skull (Scott Paulin).  She also serves as his lieutenant in comanding his new criminal empire.

When Steve Rogers aka Captain America (Matt Salinger) is retrieved in the ice of Alaska, Valentina is sent to kill him by her father.  She arrives in a chpper and chases him through a forest with a bike.  However, the Captain manages to flee thanks to Sam Kolawetz's help.  Tadzio is displeased by his daughter's failure, but gives her another chance.

After seeing that it was Kolawetz (Ned Beatty) who helped Rogers, Valentina decides to have the journalist spied on.  This proves to be a good idea, since Kolawetz is able to find out who Rogers' old girlfriend was, and where he lived in the 40s.  She then leads her father's thugs as they broke into Bernice's house.  There they shot Sam Kolawetz to death and badly wounded Jack Cooperman.  Valentine tortured Bernice (Kim Gillingham) to retrieve information, but she refused to say anything.  As a result, Valentina shot Bernice.

Valentina tried to capture Captain America once again, when he along with Sharon Cooperman, came back to Maria Vaselli's secret lab.  This also resulted in a failure, but she eventually managed to capture Sharon in Porto Venere and take her hostage.

When Captain America arrived in Fortezza Lorenzo for a final fight with the Skull, Sharon freed herself and started to fight with Valentina.  Despite Valentina's superior skills, Sharon managed to take her by surprise by knocking her out and taking her gun.  When Val told the girl to just shoot her, Sharon responded that she wanted to make her suffer for what she'd done to her mother.  When the Skull activated a nuclear time bomb, Valentina used the chance to escape Sharon's grip and to reach Tadzio on the fortress' parapet.

Captain America used his shield to send her father off a cliff.  Valentine prepared to kill Captain America with the skull's machine gun, but she was hit from behind and decapitated by his returning shield. 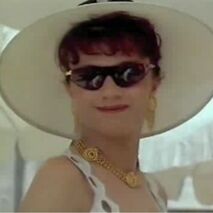 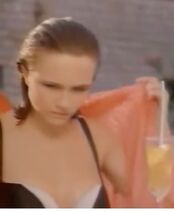 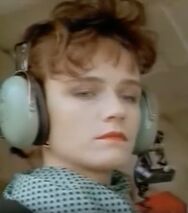 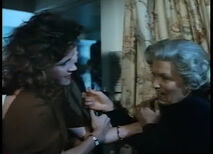 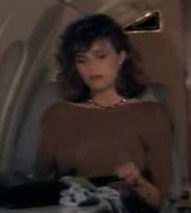 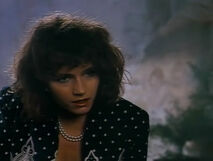 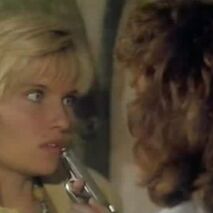 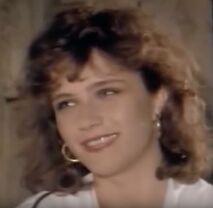 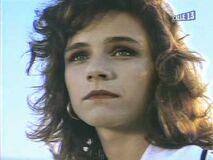 Add a photo to this gallery
Retrieved from "https://femalevillains.fandom.com/wiki/Valentina_de_Santis_(Captain_America)?oldid=177018"
Community content is available under CC-BY-SA unless otherwise noted.