Phoebe Ashe, better known by her stage name, Rapture, is the main guitarist of The Stingers. She joined the band in Germany after Riot and Minx left Nirvana.

Rapture grew up with divorced parents. She would be spending nine months with her mother, a real-estate saleswoman in San Francisco. Her father is a neurologist and she would spend three months in the summer with him in Chicago, Illinois.

Joining Riot and Minx in Germany, Rapture makes up the third member of the "Golden Triumvirate", performing as the main guitarist for the band and providing backup vocals. Rapture is a skilled con-artist and is quite knowledgeable in matters of the occult. She uses that knowledge to further her own agenda, and often that of the Stingers as well.

Rapture maneuvered herself into a position to exchange a "chunk of crummy quartz" that she got from Pizzazz, for a bracelet made of gold and diamonds.[​1]​​ She bilked several Greek townspeople out of their money pretending to be an oracle. While self-centered and arrogant, Rapture is intelligent, quick-thinking, and has a great deal of performance ability to pull off her scams. She cares greatly for her bandmates and willingly takes orders from Riot on a business level – she knows all too well that his charm and charisma will take him places where she wants to go too.

She eventually redeems herself in the finale episode.

Rapture in the comics. 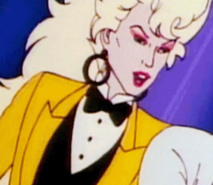 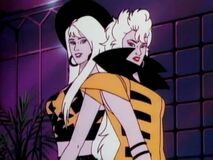 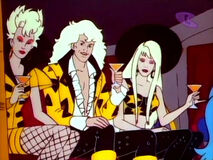 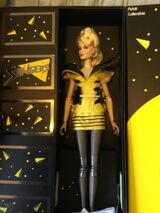 Add a photo to this gallery
Retrieved from "https://femalevillains.fandom.com/wiki/User_blog:Popdropper/Rapture_(Jem)?oldid=199276"
Community content is available under CC-BY-SA unless otherwise noted.
FandomShop Newsletter Join Fan Lab