Start a Wiki
Enchantra is an on and off bully to the Spellmans in the Belgian-Canadian cartoon Sabrina: The Animated Series. She is British and is the queen of the Netherworld. She usually punishes Hilda and Zelda for small things, such as making mistakes, or one time when they and Sabrina had a spell go wrong and Romeo from Romeo and Juliet became real and Enchantra got mad after they passed him off as an Italian exchange student, due to him flirting with her and him being fictional. She also has gagged Hilda and Zelda, and has been rude to them and Sabrina, both for no reason other than finding them annoying. She can occasionally come off as rude and actually mean well, however, and in Secret Life, she becomes completely nice. All other versions of her are American rather than British. 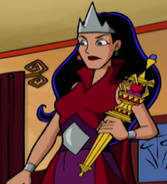 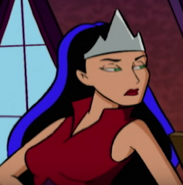 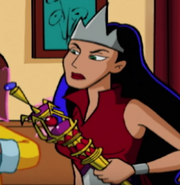 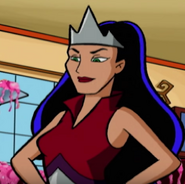 Add a photo to this gallery
Retrieved from "https://femalevillains.fandom.com/wiki/User_blog:Popdropper/Enchantra_(Sabrina:_The_Animated_Series)?oldid=193787"
Community content is available under CC-BY-SA unless otherwise noted.