Start a Wiki
Victoria Landers (Susan Lucci) was the villainess of the 1995 TV movie Seduced and Betrayed.

Victoria's brief backstory revealed that her mother died when she was young, and her father subsequently spoiled her by giving her anything she wanted. Victoria was also a childhood friend of Charlotte Reardon, but in adulthood, Victoria seduced Charlotte's husband David away from her, gloating about it to Charlotte aftewards.

Sometime later, however, David left Victoria to return to his wife, only for Victoria to kill David in a hit-and-run. Charlotte later attempted to report Victoria to the police, only for the police to dismiss the case as circumstantial, especially after Victoria claimed that she never had an affair with David.

Victoria's first apperance of the movie has her meeting contractor Dan Hiller (the film's main protagonist) after he accidentally hit her car in a parking garage. Victoria assures Dan the damage wasn't serious and left after Dan gave her his business card with his phone number written on it, with Victoria later hiring Dan's services in renovating her home. Dan (who had been struggling to find success in his career) was immensely grateful for Victoria's job offer, and as the job continued, the two formed a friendship as Victoria showered Dan with more gifts, including (among other things) a contracting job for Judge Van Owen, a prominent judge Victoria knew through her late father. Victoria also met and had a similar effect on Dan's wife Cheryl, even offering to help her receive a dentist job with a friend of hers.

However, as revealed over the course of the film, Victoria had become romantically obsessed with Dan, with her hiring Dan being part of her attempt to seduce Dan. Late one night, after Victoria called Dan over to stay with her when her power went out during a storm, the pair shared wine by the pool as Victoria asked Dan why he always sounded discouraged, assuring Dan of his abilities when he confessed to finding it intimidating to succeed and measure up to Cheryl's wealthy family. It was then that Victoria jumped into the pool and invited Dan to join her in skinny dipping, leading to Dan engaging in a passionate tryst with Victoria. Victoria later met with a wary Dan during work to talk about their tryst, assuring him of her belief that they had a connection. After learning from Dan that he'd failed his contractor's licensing test, Victoria offered him another renovating job with her, reminding him that he was in need of a paying job when he expressed reluctance.

While this ultimately resulted in another tryst between Victoria and Dan at a hotel room, Dan became remorseful and left the hotel room before Victoria woke up the next morning, leaving a note explaining that he couldn't continue seeing her. Later on, after taking their son Justin home from the hospital following a coughing fit, Victoria arrived and expressed relief in Justin's good health, though she ultimately used the opportunity to subtly hint at her and Dan's affair by asking Dan where he was the previous night and poking holes in his false story. Dan confronted Victoria at her home later, telling her that despite his gratitude to Victoria's help, he wasn't willing to risk destroying his family and would no longer work for her. Victoria responded by accusing Dan of using her and argued she was his only source of income, while also delusionally claiming Dan said he loved her through his actions. Victoria reluctantly acqueiseced to Dan's request that they not see each other after she gave him his final check, but cryptically warned Dan that leaving her would be the wrong choice.

Scorned by Dan's rejection of her, Victoria turned heel by plotting to destroy Dan's life in revenge, starting by convincing Van Owen to change his mind about building a summer home, thus costing Dan the lucrative job. She also set Dan up to be exposed for working without a contractor's license, forcing Dan to come back to Victoria to ask to resume working for her. Victoria, however, rejected Dan's pleas despite him needing to support his family, responding to Dan blasting her for her callousness by claiming Dan abandoned her and that he was paying for his actions. Victoria later went to Cheryl and confessed to her affair with Dan, painting Dan as the instigator of the affair and condescendingly claiming she believed Dan still loved Cheryl, much to Cheryl's outrage. When confronted by an infuriated Dan, who ranted at Victoria for taking advantage of his situation, Victoria countered by claiming Dan took advantage of her and that he still wanted to be with her, with Dan vehemently declaring he wanted nothing more to do with his deranged ex-mistress before leaving the house.

After learning that Dan and Cheryl were going out to dinner in Dan's attempt to reconcile with his wife, Victoria went about replacing the babysitter they hired for Justin by claiming the woman's father was in the hospital, later giving Justin candy before going through Dan and Cheryl's things, even taking a photo of Dan. The evil Victoria also called child services, claiming to be a neighbor and that Justin was home alone and crying, painting Dan and Cheryl as neglectful parents and resulting in Justin being briefly taken from them. Victoria claimed she had only wanted to get to know Justin better when approached by Dan at her home and assured Dan that she didn't hate him, and later showed him how she had filled the unfinished add-on to her house Dan had built with belongings of his she stole from his house, claiming they now had everything they needed to be together.

Seeing the delusional arrangement caused Dan to remember seeing similar pictures in a cabinet in Victoria's basement, causing him to realize Victoria had victimized other men and left after declaring her insane. Having seen Charlotte while at a country club event with Victoria, Dan reconnected with her and asked about Victoria and her relationship with David, with Charlotte revealing her former friend as an arrogant and murderous adulteress. As Charlotte was leaving and giving comfort to Dan about Cheryl, Victoria witnessed the exchange and came to the delusional conclusion that Charlotte was trying to steal Dan from her, killing Charlotte after following her home by striking her with her car. Victoria was later shown putting on lipstick in front of a vanity mirror, coldly declaring that Dan couldn't leave her and that no one left her and lived.

The film's climax has Dan going to meet Charlotte at her house, having received the phone message she left him before her death. While Dan was out, Victoria broke into the Hiller house, cutting the electricity before kidnapping Justin. Dan and Cheryl drove to Victoria's house and Dan went inside to rescue Justin, finding him with Victoria in the unfinished add-on. During their confrontation, Victoria stated that she kidnapped Justin to bring Dan back to her and declared she would do anything she had to to get David to be with her, boasting that she got everything she went after and claiming she brought Justin to her house to make it "perfect" for Dan. When Dan revealed how he knew she'd killed David and Charlotte Reardon, Victoria spitefully claimed that she should've killed Charlotte before, believing her to be the reason David left her.

Victoria was briefly subdued when Cheryl snuck up behind her and struck her with a plank of wood, with her and Dan calling the police soon afterwards. But after pointing the police to the add-on, Victoria snuck up on Dan and Cheryl and held them at gunpoint, declaring to Dan that nobody ever left her. Victoria ultimately declared that Dan would either let her love him or she'd kill him, with Dan tackling the psychotic villainess into the pool, leading to a struggle that ended with the gun going off and fatally shooting Victoria, in the process giving the villainess her ultimate comeuppance, that Dan really doesn't love Victoria and that Victoria failed to kill Dan. 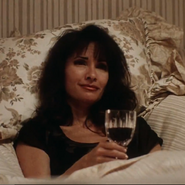 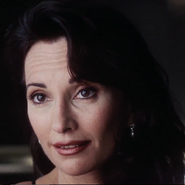 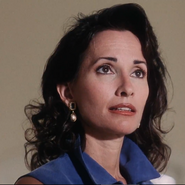 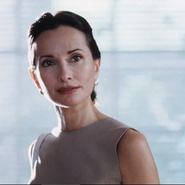 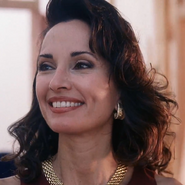 Add a photo to this gallery
Retrieved from "https://femalevillains.fandom.com/wiki/User_blog:Ezekielfan22/Victoria_Landers_(Seduced_and_Betrayed)?oldid=201804"
Community content is available under CC-BY-SA unless otherwise noted.