The Female Villains Wiki
Register
Don't have an account?
Sign In
Advertisement
in: Blog posts, 2010s, Begs Villain for Mercy,
and 12 more

Steffani Howard (Debby Ryan) is the protagonist villainess of "Wrong Number", the 16th episode of the 1st season of R.L. Stine's The Haunting Hour (airdate April 2, 2011).

Steffani is an extremly mean-spirited teenage girl who lives her life treating others horribly. In all likelihood, both she and her best friend Taylor Turner are the meanest and most sadistic girls in their high school.

One night, while she and Taylor are playing incredibly loud music in her apartment room, Steffani gets a visit from her angry next door neighbor named Mrs. Biazevich, a sick old lady who seems to dislike mean and sadistic girls. Mrs. Biazevich tries to teach Steffani a lesson by freezing the door, which causes Steffani to be startled. Later on, she brutally pulls Steffani's her hair, but leaves when Taylor shuts the door, preventing any more violence from happening.

Steffani decides to get even with Mrs. Biazevich by prank calling her. However, the old lady knows it's her and makes it clear that she will make the girls pay and suffer. The next morning, Steffani and Taylor discover that Mrs. Biazevich has apparently died from her illness; however, Steffani is too busy flirting with a paramedic to care. Later at school, Steffani starts receiving mysterious and freaky text messages telling her to be a nice girl, and then finds out that the messages are coming from Mrs. Biazevich's phone after sneaking into her room at night.

She and Taylor are very scared and confused and decide to ask Adriana (Kacey Rohl), a goth girl who Steffani usually harassed, for help. Steffani promises Adriana that she won't make fun of her anymore if she helps. Adriana tells the girls that her uncle Constantine (Andrew Kavadas) might know how to help them and gives Steffani his address.

Upon arriving at Constantine's place, Steffani and Taylor are told that they're in danger due to the possibility that Mrs. Biazevich may be a ghost who is haunting them. Constantine gives them a vase full of leaves that will keep them safe from Mrs. Biazevich's ghost. That night, Steffani scatters the leaves around her bed to keep her and Taylor safe. However, it turns out that the leaves seemed to have attracted Mrs. Biazevich's spirit, and she subsequently attacks the girls.

Mrs. Biazevich lets Taylor go because she can see good in her heart despite her shyness, but sees that Steffani is rotten to the core, especially after she takes back her apology. The villainess then traps her in a video on her cell phone and sends it to her granddaughter, who is revealed to be Adriana. It turns out that Adriana, Mrs. Biazevich, and Constantine were conspiring to teach Steffani a lesson, and it's implied that Mrs. Biazevich herself might be a witch. Adriana sneers at Steffani trapped and deletes the video, effectively killing Steffani by erasing her from existence. 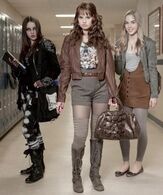 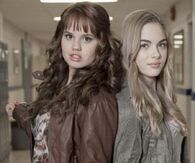 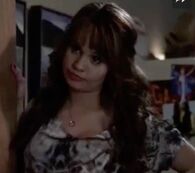 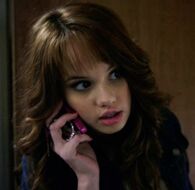 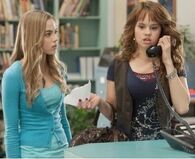 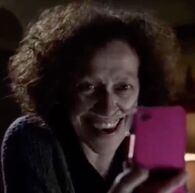 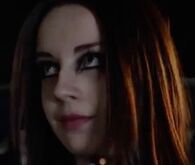 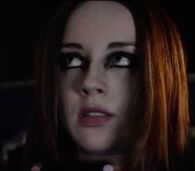