Start a Wiki
Marie Bordeaux is the villainess of "Cloudy with a Chance of Murder", case #19 of Criminal Case: Pacific Bay, the 2nd season of the crime solving game Criminal Case (release date August 21, 2014). She was the sister of weatherman Clifford Grady and the mother of 9-year-old Colette Bordeaux, who was killed during Hurrican Yves, a devastating hurricane that struck Jazz Town prior to the case's events.

Marie was devastated by her daughter's death, and enraged at her brother for not only failing to see the storm approaching and warn the public, but for not saving Colette's life during the storm (as she had sent Colette to her uncle's house to be safe during the hurricane). The final straw came when Clifford failed to attend Colette's memorial service, driving Marie to kill her brother in a fit of rage, slashing his throat with a weed whacker. The vengeful Marie additionally painted a French saying for "revenge is a dish best served cold" in Clifford's blood on his poncho.

When the player and detective Amy Young began investigating Clifford's death, Marie initially hid her relation to Clifford from them before they discovered her status as his sister, at which point Marie made no secret of her resentment of her brother's callous actions. Ultimately, the evidence (which included hairs Marie left on the paintbrush) pointed to Marie as Clifford's murderer and she was brought in for interrogation. After initally denying the claims, Marie confessed to killing Clifford, stating that her brother deserved to die for his role in Colette's death and that now that he was dead, the victims of Hurrican Yves could have retribution. Marie was arrested and ultimately sentenced to ten years in prison, with the possibility of parole in five. 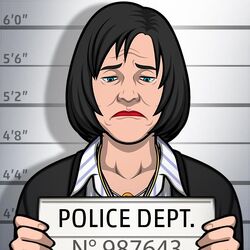 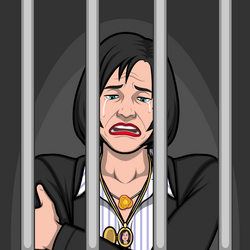 Add a photo to this gallery
Retrieved from "https://femalevillains.fandom.com/wiki/User_blog:Ezekielfan22/Marie_Bordeaux_(Criminal_Case)?oldid=162284"
Community content is available under CC-BY-SA unless otherwise noted.