Fiona Cummings is the villainess of "The Parting Shot", case #11 of Criminal Case: Save the World, the 3rd season of the crime solving game Criminal Case (release date November 19, 2015). She was the wife of Seamus Cummings, a weapons dealer for the terrorist organization SOMBRA, who was found shot to death right before the player and Jack Archer were set to meet him undercover in an effort to lure SOMBRA's leader into a trap.

Fiona initially appeared heartbroken by her husband's death, and later got into a fight with pop star Vanna Alabama when she learned that she had had an affair with Seamus. But despite her anger, Fiona assured the player and Jack that she would never have been angry enough at Seamus's infidelities to kill him. Ultimately, though, the evidence proved that it was in fact Fiona who killed her husband.

As revealed by Fiona during her interrogation, she and Seamus's son, Damien, had died some time prior to the case's events, with Seamus claiming that he had been killed in a drive-by shooting. But a few months before, Fiona discovered the true cause of her son's death: he had been playing with one of his father's guns and accidentally shot himself. Enraged at Seamus for lying to her and for keeping guns in the house in spite of his promise not to, Fiona killed Seamus at Dubai's rooftop golf course, splashing hot coffee in his face to distract him before stealing his own gun and using it to kill him. After trying to deny everything, Fiona confessed to Seamus's murder, revealing his role in Damien's death and how she had killed Seamus to make up for not being able to protect her son. Fiona was arrested and sentenced to ten years in prison, to which Fiona tearfully proclaimed that no amount of prison time could be as painful as losing her son. 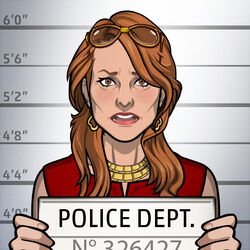 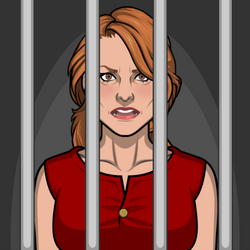 Add a photo to this gallery
Retrieved from "https://femalevillains.fandom.com/wiki/User_blog:Ezekielfan22/Fiona_Cummings_(Criminal_Case)?oldid=169593"
Community content is available under CC-BY-SA unless otherwise noted.
FandomShop DC Trivia GalaxyQuest