Start a Wiki
Dodger (Janaya Stephens) is a villainess (remorseful and redeemed) from "Skin Deep", episode 3.03 of Sue Thomas: F.B.Eye (airdate October 17, 2004). She was a conspirator for the eco-terrorist group known as EEP (Earth Emancipation Project), using her wealth to finance the group's various crimes.

The episode opened with the FBI investigating an EEP attack at an SUV dealership, having been alerted to the attack previously by an anonymous source. The source was ultimately found to be George Washington University student Joel Finch, whose apartment was set on fire due to an EEP attack when he was eleven, with the fire killing his mother and leaving him badly disfigured. Joel was revealed to have been investigating EEP after realizing their involvement in what happened to him as a child, starting an onlilne friendship with Dodger by posing as an EEP sympathizer.

The team began to work with Joel to have Jack Hudson go undercover to meet Dodger in person, with Joel informing Jack and Sue Thomas about Dodger's personality. In addition to picking up that Dodger was not as zealous as other members of EEP and had developed a strong romantic attraction to his online persona, Joel learned that Dodger was (in his words) a "spoiled little rich girl" who was not used to being taken seriously and was thus being exploited by EEP so they could use her money to fund their destructive plans. Joel later helped Tara Williams message Dodger, claiming Joel was visiting D.C. and wanted to meet up.

Jack went with Dodger in a park, with Jack goading Dodger into admitting that she had financed the attack on the dealership and that EEP had upcoming plans. After that, Jack revealed himself as an FBI agent and Dodger attempted to flee arrest, only to be stopped by Bobby Manning and Dimitrius Gans. As Dodger was handcuffed and arrested, the villainess proclaimed that the FBI couldn't stop EEP from "doing what's right" and that the group wouldn't be stopped. Dodger continued her stance under interrogation, stating that she would be proud to serve as a martyr for EEP and claimed that the only people hurt by EEP's attacks were those harming the environment.

Realizing that Dodger truly believed that EEP's actions were in the right, the team had Joel reveal himself to Dodger and reveal what had happened to him and his mother because of an EEP attack. Sue also stepped in to remind Dodger that, while she wasn't personally involved in what happened to Joel, her actions could just as easily have similar consequences. Moved to tears by the revelation of EEP's true nature, Dodger apologized to Joel for what happened to him and began cooperating with the FBI to track down the group's leader, revealing that she only knew the leader by his email handle, "Fagin", and that he was planning to blow up a chemical plant and would likely carry out his plan in the next few days. Charles Fagin was ultimately uncovered as the head of EEP and was arrested, with Dodger presumably facing charges (off-screen) for her own involvement in the terrorist group. 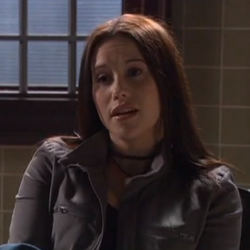 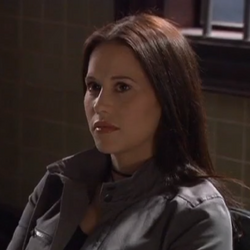 Add a photo to this gallery
Retrieved from "https://femalevillains.fandom.com/wiki/User_blog:Ezekielfan22/Dodger_(Sue_Thomas:_F.B.Eye)?oldid=148782"
Community content is available under CC-BY-SA unless otherwise noted.