Start a Wiki
Diana Sosa (Amanda Woodhams) was the main villainess of the 2018 film Dark Sister. She was the psychotic long-lost twin sister of Cassie Sosa (the film's main protagonist, also played by Woodhams).

As revealed by Diana and Cassie's supposed father Hector, their mother had used them for experiments in her quest to discover if human emotion could be controlled by one sentient being, choosing Diana for much of her work after dismissing Cassie as a failure. As a result of her mother's experiments, Diana developed the ability to possess and control others. Diana escaped her mother's clutches sometime before the film's events, and subsequently turned heel herself by using her abilities to kill people; a killing spree noticed by detective sergeant Billy Fabrizzi.

Cassie also bore witness to Diana's killing spree, as her psychic connection to her evil twin allowed her to have dreams about the murders. Diana made her first on-screen appearance after possessing Cassie's friend Kelly Steele to have her attack her fiancee (and Cassie's ex-boyfriend) Trent Melville, killing Kelly by stabbing her with a knitting needle. After a confrontation with Hector revealing that he was another man who was experimented on by Dr. Sosa, Hector injected Cassie with an emotion strengthening serum to allow her to send psychic vibes to Diana, with the plan succeeding in doing harm to the villainess. While Cassie was revived by Trent, Diana was captured and restrained by Dr. Sosa, who briefly tortured her daughter with electric shocks as punishment for escaping before revealing her plan to have Diana impregnated with a child, likely doing so as part of her further agenda.

After Hector's twin brother Apollo had sex with the captive Diana, Diana whispered to Apollo how her mother was planning to take their baby, with Hector and Cassie taking over their respective twins' bodies while Diana's spirit was transferred to a male experiment subject, allowing her to attack her mother with a knife and tie her to her chair. After killing Apollo and Dr. Sosa, the evil Diana turned her sinister sights on her sister, delusionally believing she was trying to hurt her unborn child. After Cassie and Trent stopped the deranged Hector from killing Trent with an injection, having become intent on helping Diana rather than stopping her, the latter was possessed by Diana into attempting to kill Cassie. Diana was ultimately defeated, however, when Cassie injected herself in the heart with the emotion strengthening serum, with the drug's psychic effects on Diana killing her this time. 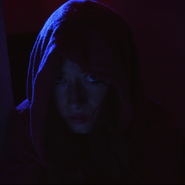 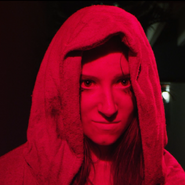 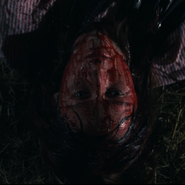 Diana's deceased body
Add a photo to this gallery
Retrieved from "https://femalevillains.fandom.com/wiki/User_blog:Ezekielfan22/Diana_Sosa_(Dark_Sister)?oldid=164976"
Community content is available under CC-BY-SA unless otherwise noted.