Start a Wiki
Claire Dunbar aka Claire Rawley (Abbie Cobb) is the main villainess of "If the Shoe Fits", episode 10.06 of Criminal Minds (airdate November 5, 2014).

Claire Dunbar was the daughter of Edward and Jennifer Dunbar, the latter of whom was institutionalized two months after she was born. As a result, Claire was raised alone by Edward, who was revealed to be a pedophile, with implications being that Claire was one of his victims. Edward also often read bedtime stories to Claire, leading to her future fixation on books.

At age five, Claire was abandoned at a mall by Edward once he lost his job and began struggling financially, leading Claire to go through a string of foster homes. In adulthood, Claire became a seamstress at a dry cleaning business, though her flaky work ethic and habit of stealing dresses from the store put her in conflict with her boss Darryl Jensen. Claire also made a habit of visiting a grave of a woman who died in 1923, delusionally beileving it to be her father's grave--when in actuality, Claire's father died of a heart attack after being sent to prison for sexual assault and Claire had no idea where he was buried.

The events of the episode also reveal Claire as a delusional serial killer with a fixation on romantic fairy tales, believing she were Cinderella and in search of her Prince. Prior to the episode's events, Claire met college student Douglas Clark after being impressed by his car, leading the two to go on a date. The date turned sour, however, when Claire realized that Douglas was actually a closeted homosexual who dated women in an attempt to hide his sexuality. Enraged, Claire stabbed Clark in the neck with her stiletto heel before stabbing him to death with a pair of gardening shears, killing Clark. Claire later went out with and killed Kevin Brubaker in a similar fashion, after learning he distributed videos he secretly recorded of his various sexual trysts online. In both murders, Claire stuffed her victim's cell phone in their mouth after setting the alarm to midnight; likely in reference to the story of Cinderella.

Claire was first introduced reading a romance novel in the park, where she was approached by Colin Baylor, who flirted with Claire and caught her interest. Meanwhile, BAU agent Jennifer "JJ" Jareau was coming to the conclusion that the use of a stiletto high heel in both murders indicated the culprit was a woman; serving as Claire's official villainous reveal. Later on, Claire was shown tying Colin to her bedframe, visibly irritated at having realized Colin was only interested in her for sex. After going into the bathroom, Colin commented on the child-like drawings on her walls and the stars and planets on her ceiling, being perplexed by Claire's inquiry as to if he ever "wished upon a star". The evil Claire then emerged from the bathroom with her face covered in ashes, blasting Colin for (in her twisted mind) taking love and turning it into something ugly before stabbing Colin to death with her gardening shears. Afterwards, Claire covered Colin's body in ash and shoved his wristwatch into his mouth after setting it to midnight.

After disposing of Colin's body and cleaning up her bedroom, Claire went to work at the dry cleaner, where Daryl chided Claire for being late for the fifth time that month before revealing that he'd docked her pay as punishment, threatening to fire her if it happened again. Claire was later comforted by Daryl's son Chris, though Claire turned down Chris' invitation for a movie date by stating she had plans. Later, Claire went out to a bar wearing a dress she stole from the store, where she was approached by John Franklin, who charmed Claire when he invited her to dance with him. John later drove Claire out to a desolate area, where Claire revealed that she hadn't dated anyone until the previous week. John then attempted to force himself on Claire, with Claire's resistance leading John to shove her out of the car. As John tried to drive away, however, Claire ran up to John and struck him in the head with a rock, striking him a second time when he got out of the car before stabbing him in the neck with her stiletto, killing him. Claire then fled the scene, leaving both of her stilettos behind.

The following morning, Claire is shown picking flowers when Chris arrives, having assured his father that he would retrieve the dress Claire stole and tell her she couldn't work for them anymore. After Claire informs him she was going to visit her "father's" grave, Chris offers to drive her there himself so she wouldn't have to take the bus. While there, however, Chris took note of the date on the gravestone and removed some of the vines to reveal the true identity of the person buried in the grave, despite Claire's adamant insistence that it was her father's grave and attempts to stop Chris from uncovering the gravestone. As Chris attempted to convince Claire of the truth and that her father must be buried somewhere else, Claire (enraged at having her delusion challenged) struck Chris in the head with a flower vase.

As the BAU tracked Claire down to the cemetary after pinpointing her as the killer, Claire angrily tried to chip away at the grave stone before pointing her gardening shears at Chris and demanding he tell her what he did to her father's grave. As the BAU surrounded the area, Spencer Reid stepped forward and claimed to have been searching for Claire ever since they shared a dance together, playing in Claire's delusion of finding her "Prince Charming". As Chris dragged himself away and Claire dropped her weapon, Reid showed Claire one of the stiletto heels she left behind at John's murder (having been told to bring it by Aaron Hotchner) and put it on Claire before leading her to their "carriage"--which was really a waiting police car. Claire was presumably arrested (off-screen) for her crimes. 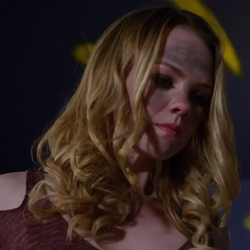 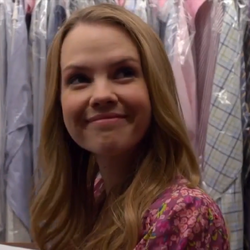 Add a photo to this gallery
Retrieved from "https://femalevillains.fandom.com/wiki/User_blog:Ezekielfan22/Claire_Dunbar_(Criminal_Minds)?oldid=169502"
Community content is available under CC-BY-SA unless otherwise noted.