Start a Wiki
Yamad (Maria Fiore) is the leader of the Amazon army in the 1963 film, "Thor and the Amazon Women", which was originally titled "Le Gladiatricl".

Yamad is the Captain General for The Black Queen (Janine Hendy), who has subjugated the men in her land, and built up a powerful Amazon warrior force. As a form of entertainment, the Black Queen enslaves captive women and forces them to fight each other. Women who refuse to fight are executed by the Evil Queen's guards.

The Sybil, which is a religious advisor to the Queen foretells her that a strong man with the strength of 101 of her warrior women will overthrow her crown. Therefore, she asks the help from anyone in her land who can tell her who this strongman is and if they can capture him.

One of the captive women who is being trained as a gladiator named Ghebel Gor (Carla Foscari) tells her that it is Thor (Joe Robinson) who lives in a remote village on the edge of her land. The Queen has her army led by the Captain General Yamad follow Ghebel Gor and capture Thor. When they arrive, Thor escapes after being rescued by Ubaratutu (Harry Baird). However, Thor's friends, Tamar (Suzy Andersen) and her young brother Homolke are captured. Tamar and Homolke are the rightful rulers from Babylon.

Tamar is ordered to be trained to fight as a gladiator by the Black Queen. She is given 21 metal bands to wear on one arm, representing the amount of gladiator battles she must fight in order to survive and win her freedom. For each battle she wins, one of the bands will be removed. The wicked Ghebel Gor has only two bands left on her arm, and the two develop a sort of rivalry.

In a scuffle between Tamar and Ghebel Gor, the sleeve of Tamar is ripped, revealing a tattoo on her shoulder. Yamad, notices this, and visits her in private to ask her about it. She tells Tamar, that she knows the tattoo was a sign that she was of royal birth. She wants to overthrow the Black Queen and allow Tamar to take the throne. Unfortunately, Ghebel Gor has overheard the plan from outside the room, and tells the Black Queen. As a result, Yamad is tortured and put to death by stretching on a rack. Ghebel Gor on the other hand is offered Yamad's position provided she can kill Tamar in the final showdown. 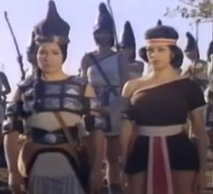 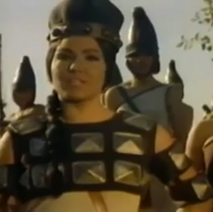 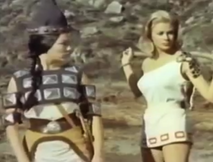 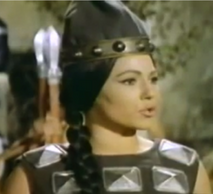 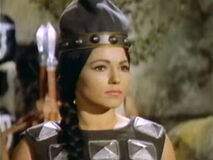 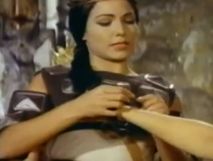 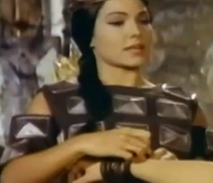 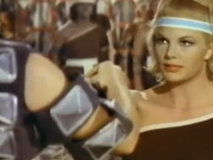 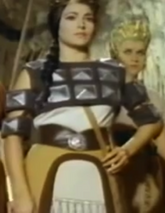 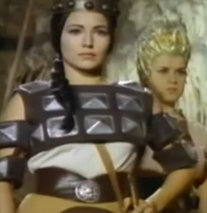 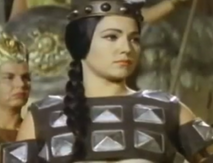 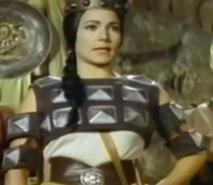 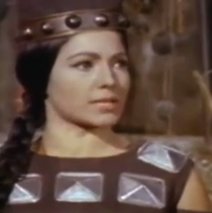 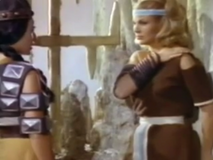 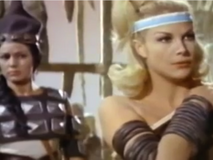 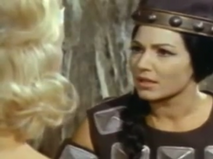 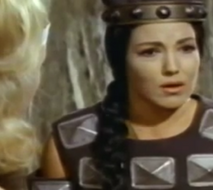 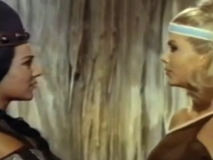 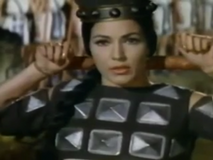 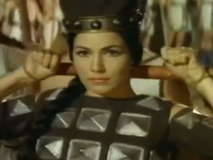 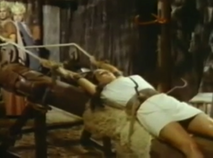 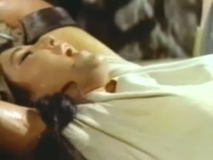 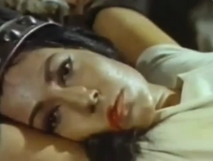 Add a photo to this gallery
Retrieved from "https://femalevillains.fandom.com/wiki/User_blog:Doalfe/Yamad_(Thor_and_the_Amazon_Women)?oldid=103451"
Community content is available under CC-BY-SA unless otherwise noted.