Start a Wiki
Wanda (Jeannie Wilson) is the antagonist in the 1977 episode "A Star Is Born" for the TV series "Tabitha". Wanda has just recently been hired at KXLA television station in Los Angeles as the new Weather Girl for the news.  We first see her as she mistakes Tabitha Stephens (Lisa Hartman), the stations production assistant, as a glorified secretary.  She tells her to fix her coffee black and then hands her an envelope of 8 x 11 glossies for her to autograph for her.  Tabitha is irrate as she heads into Paul Thurston's (Robert Ulrich) office, the stations talk show host.

Just then, Tabitha's aunt Minerva (Karen Morrow) shows up, and Tabitha tells her how bitchy the new weather girl is.  Tabitha uses witchcraft to give Wanda's wall photo a fake mustache and beard.  Minerva opens the door and we see Wanda and Paul giving each other a kiss.  Wanda tells Paul to just give Tabitha his dress shirts to get starched.

For lunch, Tabitha and Minerva are standing in line at a French restaurant, when Paul and Wanda cut in front of them without reservations and are immediately given a seat.  Minerva has had enough of this special star treatment, and while they are toasting, she makes their wine glasses stick together.  When Wanda tries to pull away, the wine spills all over her dress.

The next morning at 5am, Tabitha receives a call from Wanda who is in her hotel room working out in a purple lycra leotard.  Wanda tells her not to worry about calling her to get up, that she is already up and awake.  Tabitha hangs up, but Minerva pops in behind the curtain of Wanda's hotel room to exact even further comeuppance.  First she takes the phone off the hook to make certain they will not be interrupted. While Wanda is admiring herself in the mirror and applying her makeup, Wanda begins to think of a way to make Wanda late for work.  As Wanda is applying her lipstick, Minerva uses her hands to show where she wants the lipstick to go outside the lines.  Immediately, Wanda runs her lipstick off the corner of her mouth all over her right cheek.  Wanda is completely surprised as Minerva pleasurably grins.  A few minutes later, Wanda has fixed her face and is reapplying the lipstick on her face.  This time, she goes off course, this time on the left side of her face.  Wanda is shocked once again.

Tabitha is approached by the Marvin Decker (Mel Stewart) the producer of the show, and asked to fill in for the missing Wanda.

Later we see Wanda, now dressed in her final outfit look down at her watch and realize that she is late for the newscast.  She rushes to the phone and gets no dial tone.  Then she grabs her purse and rushes to the door.  However, Minerva has taken away the doorknob, and she has no way of opening up the door.  Just then, Wanda is distracted by the newscast on the television, as Tabitha is introduced as the fill-in for Wanda the Weather Girl.  Wanda slumps down on the bed and watches in shock as she has been replaced.

After the show, Tabitha learns from Marvin that Wanda had called in and quit the show.  She got an audition as an actress, and therefore, Tabitha was asked to fill in permanantly for her. 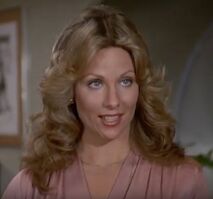 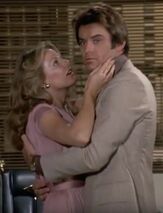 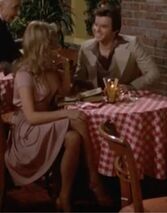 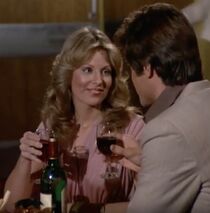 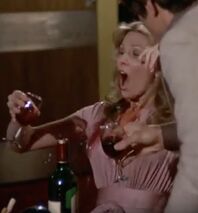 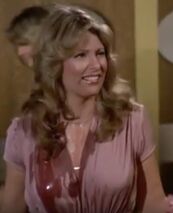 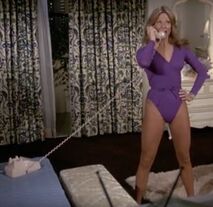 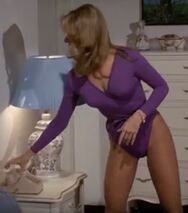 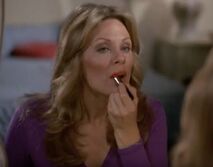 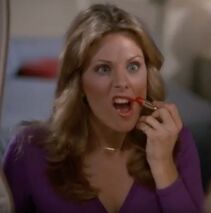 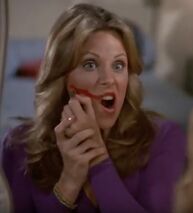 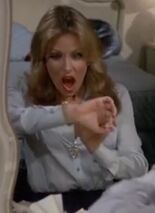 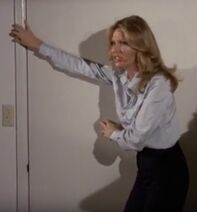 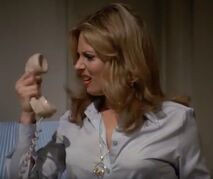 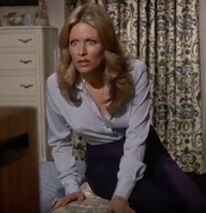 Add a photo to this gallery
Retrieved from "https://femalevillains.fandom.com/wiki/User_blog:Doalfe/Wanda_(Tabitha)?oldid=202210"
Community content is available under CC-BY-SA unless otherwise noted.