Start a Wiki
VesVes is the youngest member of the Amazoness Quartet and works for the Dead Moon Circus.

VesVes has red hair, red eyes and light skin. She wears a red and black bra and a matching bottoms with a transparent pink skirt. She has golden bracelets and matching ear covers. Her hair is pulled back with numerous golden hairbands with red stones in them. She wears white, horned shoulder pads and red sandals.

In the Materials' Collection, her skin is said to be almost as dark as JunJun's. She is also the second shortest.

She was one of the members of Amazoness Quartet, who were residents of a jungle who awoke Queen Nehellenia as they were playing. As thanks for awakening her, Queen Nehellenia gave them the power to dream forever and always stay young, and gave them each an Amazon Stone to symbolize that power; VesVes had a red Amazon Stone. In her first appearance, VesVes tried to attack Zirconia with her Amazon Stone, targeted Momoko Momohara for her dream mirror and released her first lemures. Later in the season, when the Sailor Senshi reached them at the circus tent, Queen Nehellenia gave them more strong powers in their Amazon Stones to defeat the senshi. After Sailor Chibi Moon calledon Pegasus, Sailor Moon nearly destroys them with Moon Gorgeous Meditation. However, Zirconia saved them and pulled out the Golden Mirror from Chibi Moon. Later, the girls attempt to ride Pegasus after capturing Chibi Moon. After Chibi Moon saves Pegasus from a fire, they get trapped in mirrors as a punishment. Afterwards, Zirconia summons them into the main room and drains them of their power. The Amazoness Quartet are eventually given the choice to either help the Sailor Senshi or stay young forever, and they chose to destroy their Amazon Stones and become adults. After Nehellenia leaves Earth, the Quartet decide to leave, saying that they might see the senshi again someday. Her circus act is animal taming/training.

VesVes uses a whip to attack. Her attacks mostly come from her being the circus' beast tamer.

Her name, and her Senshi name (Sailor Vesta), is derived from one of the four major asteroids in the Asteroid Belt, keeping to the theme of our Solar System.

The name Vesta can have its roots in multiple words, such as the Gaelic Celtic visc (fire) or the greek analogous goddess Hestia (stove). But all these words and meanings link the name to the Roman goddess of hearth, home and family. 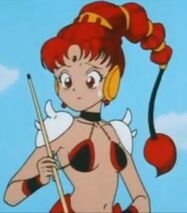 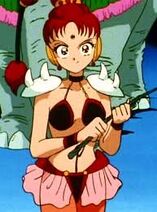 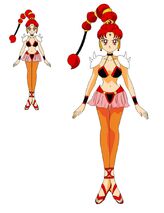 Add a photo to this gallery
Retrieved from "https://femalevillains.fandom.com/wiki/User_blog:Doalfe/VesVes_(Sailor_Moon)?oldid=116063"
Community content is available under CC-BY-SA unless otherwise noted.