Start a Wiki
Vanessa Longman (Veronica Carlson) is an antagonist in the 1969 episode "The Man Who Gambled With Life" for the TV series "The Saint".

Simon Templar (Roger Moore) is enjoying a picnic in the country in blissful solitude, when he is approached by a group of men in funeral garb.  Suddenly, a beautiful blonde named Vanessa also arrives, and she is wearing the same shirt that Simon is wearing.  She presents him with a small cage with a white mouse in it named Mimi, and tells him that they will be in contact with him.

When Simon returns to his home, he finds a coffin in it.  Lifting up the lid, he sees a life-size wax model of himself within it.  Then, another beautiful blonde named Stella Longman (Jayne Sofiano) appears, also wearing the same shirt as Simon.  She is holding a gun, and after providing riddles, she fires several times at Simon with blanks from her pistol.

Stella tells Simon that she could have killed him if she wanted, but her father doesn't want that.  Her father wants him alive.  Once again, Stella tells him, that they will be in contact with him, without telling him what they want from him.

Simon follows Stella's car to a clearing, where she meets Vanessa, and the two of them get into a helicopter.  Simon attempts to follow the helicopter, but loses them.  He hides out in his car until the helicopter shows up the next day, and pinpoints where it belongs.

Vanessa and Stella are daughters of wealthy industrialist Keith Longman (Clifford Evans).  They are working with a group of men called "the blue team", to follow his orders.  Mr. Longman has a bad heart and could die within a day or a month.  In order to prolong his life, he intends to freeze himself until such time that medical science can come up with a cure for his heart illness.

Simon breaks into the compound, and witnesses Stella getting in a fight with her father.  Later, she attempts to leave, but Mr. Longman has her men put her in a holding cell to prevent her from leaving.  Simon is then discovered brought to Mr. Longman, who presents him with a proposal.  He is offered one million pounds to allow Mr. Longman and his men to freeze him for only 24 hours, to test the apparatus.  Longman assures him that Mimi the mouse, as well as other animals have successfully survived the cryogenic procedure.  Simon politely refuses, which is unacceptable to Longman.  Simon is knocked out and placed in the same holding cell along with Stella.

Stella has fallen in love with Simon, and the two of them find a way out of the holding cell and attempt to escape the compound together.

In the commotion of Stella and Simon escaping, Mr. Longman has a heart attack.  Simon and Stella are discovered by Vanessa outside the compound.  She along with the funeral looking men order them at gunpoint back inside the mansion.  Vanessa is horrified to find that Mr. Longman has gone ahead and had his men perform the procedure on himself instead.  Vanessa and Stella mourn for their father who they can see frozen in the cryogenic tank.  Simon is shown walking away without any resistance as the credits show. 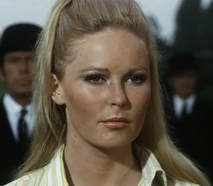 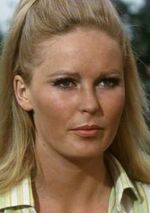 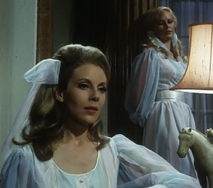 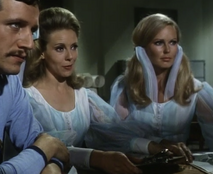 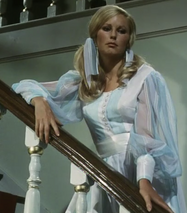 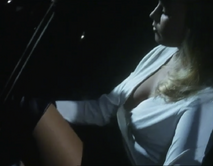 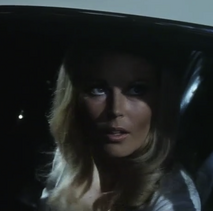 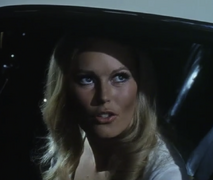 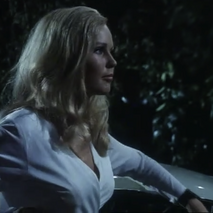 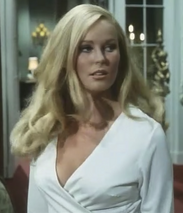 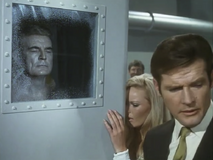 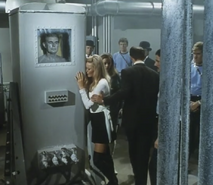 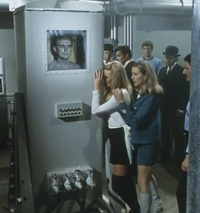 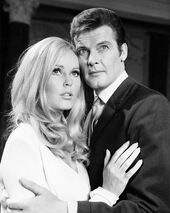 Add a photo to this gallery
Retrieved from "https://femalevillains.fandom.com/wiki/User_blog:Doalfe/Vanessa_Longman_(The_Saint)?oldid=131698"
Community content is available under CC-BY-SA unless otherwise noted.