Start a Wiki
Staci Blake (Sara Paxton) is the main antagonist in the 2004 movie "Sleepover".

As summer starts prior to the freshman year of high school, Staci arrives at the home of Julie Corky (Alexa Vega).  Julie is holding a sleepover with her friends, and Staci challenges them to a scavenger hunt.  The winners will win a coveted lunchtime seat nearby a fountain at their new high school, while the losers will have to eat lunch near a dumpster, which will be social disaster.

The list includes things like a picture of the girls with a date inside an exclusive night club, the insignia from a local private security firm, to dress an Old Navy mannequin with their own clothing, and a pair of boxers from Steve Philips, Julie's crush.

During the scavenger hunt, Staci was searching for her secret crush's underwear, Steve Phillips.  However, she notices Julie entering his house and decides to cheat by calling the police on her.

Later the girls meet up at the school dance, but both have acquired all the items on the list.  Staci suggests a tie breaker, where the group which is able to get the crown from the homecoming king or queen will win.  Staci catches her boyfriend, Todd, dancing with another girl who claims that she has been Todd's girlfriend for six months.

Steve is named homecoming king and picks Julie as his partner for a victory dance, giving her the crown and ensuring victory for her friends.

At the end of the movie, Staci and her friends are seen having lunch at their high school's dumpster among the trash and the social rejects.  Trash falls out of the dumpster right next to Staci, and she screams in horror. 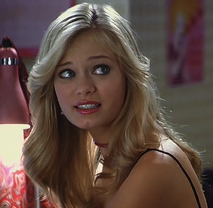 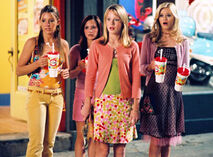 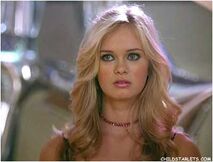 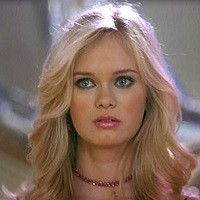 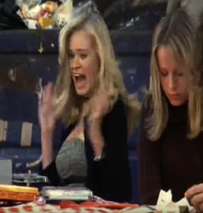 Add a photo to this gallery
​​​
Retrieved from "https://femalevillains.fandom.com/wiki/User_blog:Doalfe/Staci_Blake_(Sleepover)?oldid=170921"
Community content is available under CC-BY-SA unless otherwise noted.