Sonya Tiomkin (Arlene Martel) is a Russian Cosmonaut in the 1965 episode "Russian Roulette" for the TV series "I Dream of Jeannie".

Major Sonya Tiomkin and Major Posnovsky (Richard Gliden) are visiting Cape Kennedy to do a VIP tour of NASA. While there Capt. Tony Nelson gets volunteered by Gen. Barkley (Paul Reed) to do the showing around of the Russian Cosmonauts.

Sonya is a very attractive blonde, who develops romantic feelings for Capt. Tony Nelson (Larry Hagman). Roger Healy (Bill Daily) accidentally carries Jeannie's bottle with him to the swanky hotel where both the Cosmonauts and Tony are meeting. When Jeannie (Barbara Eden) slips into his jacket pocket. In the elevator while standing next to Tony, the bottle in Roger's pocket bumps into the backside of Sonya. Sonya mistakes it for Tony putting a move on her, and says "Ohhhh sly dog, give me hour, and then we Scooby Doo at my pad".

Roger than gives Sonya the bottle, not realizing it's Jeannie's bottle. When Tony tries to retrieve it from her, saying it's a family heirloom, he gets reprimanded by Gen. Barkley. Not wanting to offend the Russians, Tony agrees to give her the bottle with NASA's blessing.

When Sonya, thinking that the bottle is simply a vodka bottle, rubs it, Jeannie pops out. Jeannie informs her that whomever opens the bottle commands her, and that she can grant her every wish. Sonya first wishes, still in disbelief, that she "don't drink so much vodka!".

Things get really whacked out from here. Sonya has Jeannie make Tony kick Gen. Barkley and Dr. Bellows. Gen. Barkley orders Dr. Bellows to do a full medical exam on Tony to find out why he kicked them.

Tony and Roger try to go to the airport to track down Sonya, who is flying out back to Russia. However, they are too late, and the plane takes off. It appears that the bottle is now in the hands of the Russians, and the fate of the free world is in the balance. Luckily, Jeannie was able to turn the table on the beautiful cosmonaut. Sonya had wished to be a wealthy American. The plane had taken off without her. Sonya showed up at Tony's apartment with a chauffeur waiting in her Rolls Royce. She was now going by the Americanized name of "Betsy Ross". She was granted a villa on the Riviera and mansion in Beverly Hills. She had also wanted to marry Tony.

Jeannie was able to free herself and Tony from the unwanted marriage by conjuring up a "Phony Tony". This was a clone of Capt. Nelson, who is able to get her to leave the bottle behind as they "go away together". Tony in disbelief at what he and Jeannie sees, asks "What's gonna happen when she finds out she's married a phony Tony?" Jeannie responds, "I do not care, master darling, as long as I have the real one!".

This is the last we see of the beautiful Russian Cosmonaut. She has been defeated by Jeannie and is oblivious to that fact. 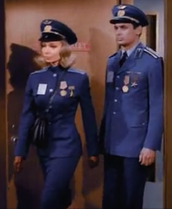 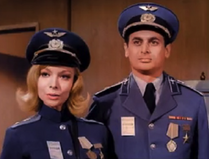 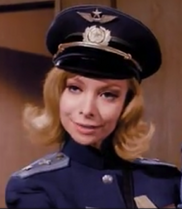 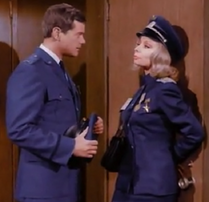 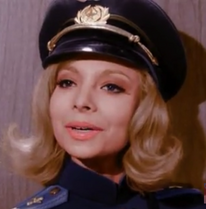 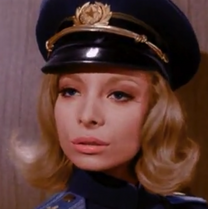 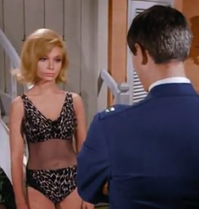 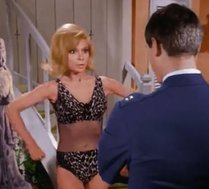 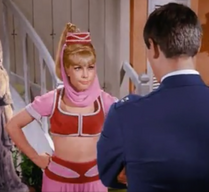 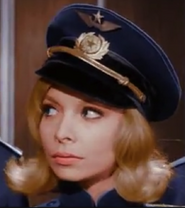 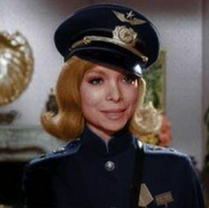 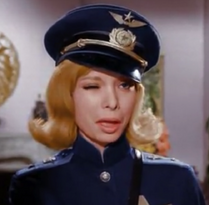 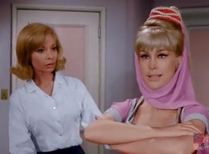 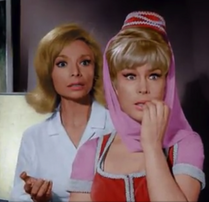 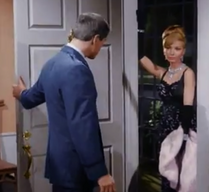 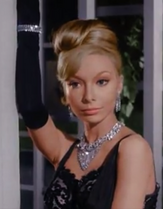 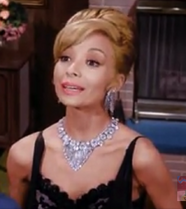 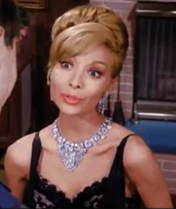 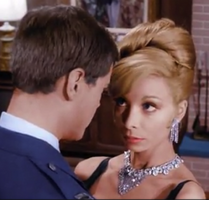 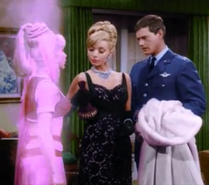 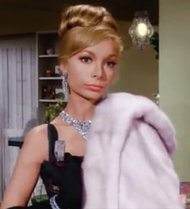 Add a photo to this gallery
Retrieved from "https://femalevillains.fandom.com/wiki/User_blog:Doalfe/Sonya_Tiomkin_(I_Dream_of_Jeannie)?oldid=190204"
Community content is available under CC-BY-SA unless otherwise noted.