Start a Wiki
Sister Hyde (Martine Beswick) was the villain in the 1971 horror film, "Dr. Jekyll and Sister Hyde).

When Dr. Henry Jekyll (Ralph Bates) attempted to create an elixir of life using female hormones stolen from fresh corpses, he transformed into the gorgeous but evil alter-ego, Sister Hyde.

Sister Hyde's appearance is the source of jealousy by Susan Spencer (Susan Brodrick), a young woman who was in love with Jekyll.  Jekyll referred to Hyde as his widowed sister.

The serum to maintain her female appearance required the use of female cadavers, which was obtained by murderers Burke and Hare.  However, Jekyll soon found that he needed fresh bodies, and he began finding that in a number of London women.

Jekyll was being controled by Sister Hyde to commit the murders. Hyde seduced and killed Jekyll's good friend, Professor Robertson, after he began asking questions regarding the murders.  Sister Hyde's agenda became clear that she planned to take full control and eliminate her male alter-ego.

To complete her plan, she set her sights on killing Susan, who was set to go on an opera date with Jekyll.  Hyde followed Susan while she was out on her own.  She was just about to kill her with a knife, when Jekyll regained control.

In the film's final moments, Jekyll committed another murder in an attempt to keep Hyde at bay.  However, the police caught up to him.  After Jekyll was led to a ledge on a building, he transformed into Sister Hyde, and ended up falling off to her death.  She died in a deformed male and female hybrid. 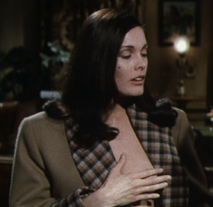 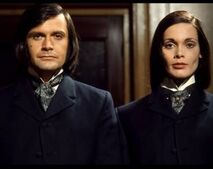 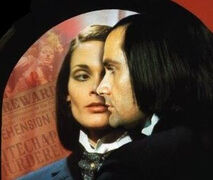 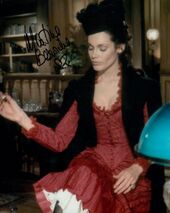 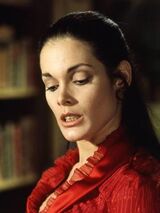 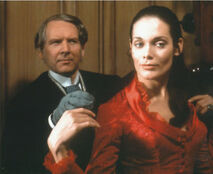 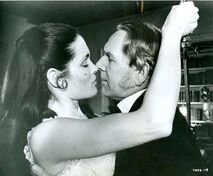 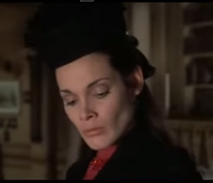 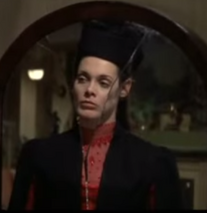 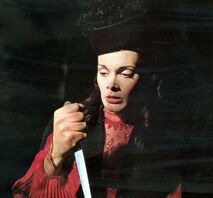 Add a photo to this gallery
Retrieved from "https://femalevillains.fandom.com/wiki/User_blog:Doalfe/Sister_Hyde_(Dr._Jekyll_and_Sister_Hyde)?oldid=166259"
Community content is available under CC-BY-SA unless otherwise noted.