Start a Wiki
Shannon Devries (Melissa Schuman) is a minor antagonist in the 2003 made for TV comedy film, "Recipe For Disaster".

The film is about Rebecca Korda (Margo Peterman) and her two brothers, Sam and Max, who have been left alone on opening night of their family-owned restaurant.  Shannon is a rich snob who shows up to the restaurant with her mother.  She is wearing a blue button-downed shirt that is open over the top of a low cut pink dress.  Neither does much to cover up her ample cleavage.  After sitting down, Rebecca notices Shannon as her rival and fellow classmate.  Rebecca is worried that Shannon will expose her at school and let everyone know she works at a restaurant as a waitress, a fact that would truly destroy her reputation.

Rebecca overhears Shannon tell her mother that they need to eat fast, since she wants to get to a party being held later that night.  She is worried about getting to the party and locking up Jason, "before that leach Rebecca gets her grimmy claws into him".

Rebecca handed Shannon and her mother a menu, while hiding her face, so as not to be exposed.  When Shannon told her mother that a menu item that included Sauce Flambe sounded good, her mother reminded her that it was made of Strawberries.  She further explained that Shannon was allergic to strawberries, and they made her face break out in blotches.  Shannon responded, "You mean I'll look like that zit Rebecca".

After ordering the veal, Rebecca went into the kitchen and picked up a bottle of strawberry vinegar.  She emptied the entire bottle into Rebecca's skillet for her veal, and went along her way.

While serving the Devries' order, Rebecca used the tray to hide her face.  This nearly caused her to drop the plates on poor Shannon.  Later while Shannon was eating, Rebecca told a customer her name, which caused Shannon to immediately begin looking around.  She slammed her spoon down on the table, and to her mother repeated the name Rebecca.  When Rebecca raced out of the room, Shannon told her mother that she knew the voice of the waitress sounded familiar.

Next, Shannon began sneezing, and when she did, her mother noticed red blotches all over her face.  Shannon pulled out her mirror and was immediatly horrified to see her face covered in red spots.  She told her mother she couldn't go to the party looking like this.  However, she then remembered that Jason would still be at the party, and yelled that "Rebecca can't have Jason".  Just then, a new family showed up at the restaurant.  The family was Jason's, and Mrs. Devries told Shannon about it.  Shannon jumped up and demanded that her mother hide her.  The two of them tried to sneak past Jason's family, but he noticed her.  Shannon did not make eye contact with him, and her mother made the excuse that she wasn't feeling good.

This is the last we see of Shannon in the film.  She was obviously humiliated, and unable to attend school and therefore lost out on Jason to Rebecca. 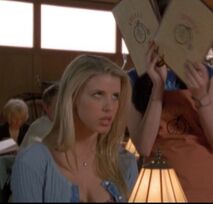 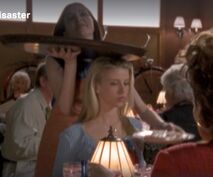 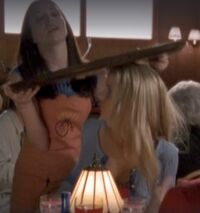 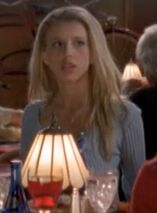 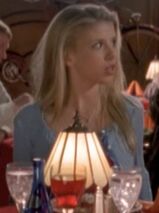 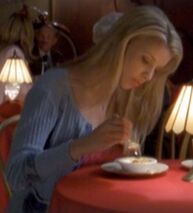 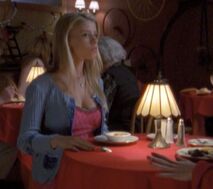 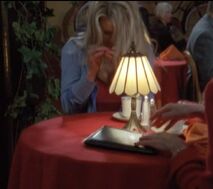 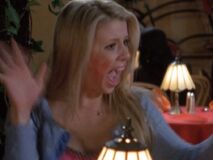 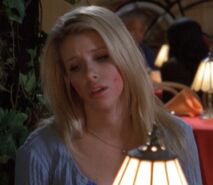 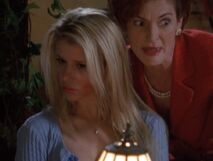 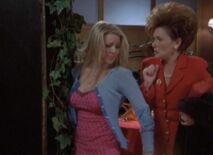 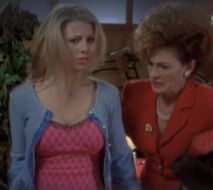 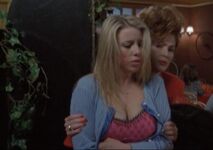 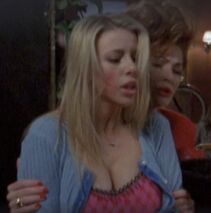 Add a photo to this gallery
Retrieved from "https://femalevillains.fandom.com/wiki/User_blog:Doalfe/Shannon_Devries_(Recipe_For_Disaster)?oldid=170908"
Community content is available under CC-BY-SA unless otherwise noted.