Start a Wiki
Shahna (Angelique Pettyjohn) was a redeemed villainess in the 1968 episode "The Gamesters of Triskelion" for the TV series "Star Trek".

Shahna was a humanoid drill thrall on the planet Triskelion, where she was born in the mid-23rd century.  Her mother had previously been killed in a freestyle match.

Shahna had big green hair and wore a skimpy silver outfit with boots, opera gloves and a choker necklace.

In 2268, she was encountered by the crew of the USS Enterprise, who were kidnapped from their ship by the Providers.  Shahna was responsible for training the new thralls.  She got romantically involved with Capt. James T. Kirk in the process.

While Kirk is captive, Shahna takes him food.  Kirk kisses her and then knocks her out to obtain her key.  Then he quickly frees the other two.  However, they are immediately taken back into custody.

To free his crew, Kirk wagered with the Providers that he would fight and defeat three thralls at the same time.  Two of the three were killed in competion against Kirk, but the third was only injured.  Shanha was required to replace the injured thrall.  The competition continued and Kirk forced her to submit, but refused to kill her.

Following the defeat of the Providers, she requested to leave with the Enterprise, but her request was denied by Kirk, who thought it was better for her to stay there and learn a new way of life. 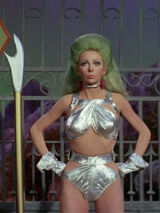 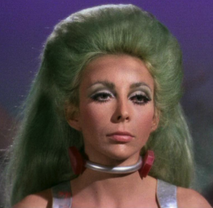 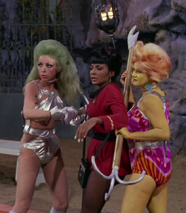 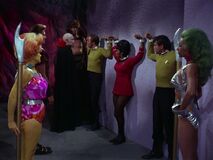 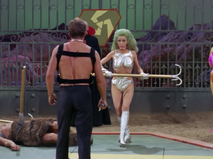 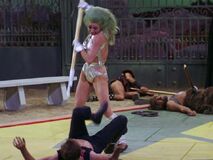 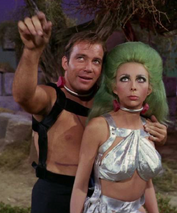 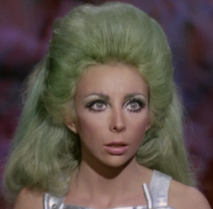 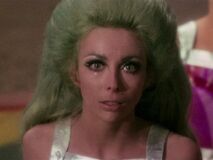 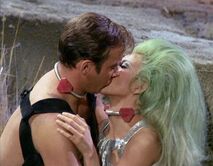 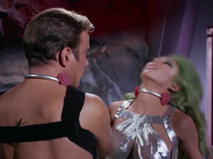 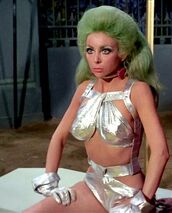 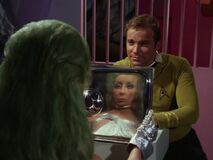 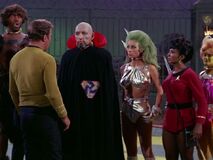 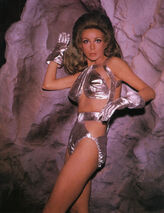 Add a photo to this gallery
Retrieved from "https://femalevillains.fandom.com/wiki/User_blog:Doalfe/Shahna_(Star_Trek)?oldid=96713"
Community content is available under CC-BY-SA unless otherwise noted.