The Female Villains Wiki
Register
Don't have an account?
Sign In
in: Blog posts, 1960s, Beehive Hairstyle,
and 13 more

Plethora (Monique van Vooren) is a secondary antagonist in the 1967 film "Fearless Frank".

A country boy named Frank (Jon Voight) moves to the big city of Chicago to make his fortune.  However, he soon meets a showgirl named Plethora who is running away from an obnoxious crime lord known as "the Boss" (Lou Gilbert).

The boss' henchmen catch up with Plethora just as she appeals to Frank for help, and the hoods shoot Frank to death before he even knows what is going on.

Frank is brought back to life by a scientist known as The Good Doctor (Severn Darden), who gives him superpowers of flight, strength, and invulnerability.  The Doctor sends him out to be a crimefighter.

When many of the henchmen are trounced, the Boss retaliates.  The Boss has a mad scientist named Claude make him a robotic duplicate of Frank, called "False Frank".

Plethora returns to the Boss and even helps him commit a crime or two.  She sneaks into the lab, and mistakes the robot for the young man who died for her.  She lavishes him with affection and comes just short of having sex with the automation.

The real Frank has grown tired of being sent out on superheoric errands.  He is seduced by the Doctors daughter named Lois (Joan Darling).  As a result, Frank falls from grace.

Frank eventually wins a fight with the robot, more than likely because Plethora's short circuiting of the robotic Frank during their little hank panky.

The real Frank turns on society, destroying a whole bar full of patrons.  The Good Doctor passes away, and Frank takes a literal fall and is destroyed.  However, the robot assumes the heroic stature and prevents mad Claude from destroying the whole city.

In the end, the robot got in a boat with Plethora, Lois and the Good Doctor's assistant and sails away, having nothing more to do with superheroics. 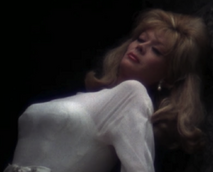 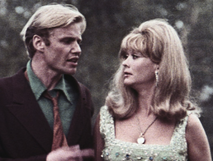 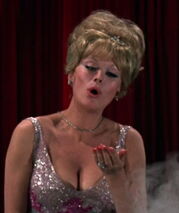 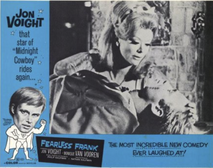 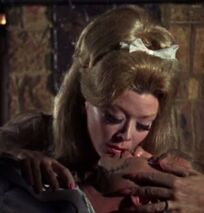 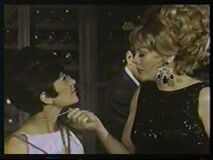