Ophelia (Julie Newmar) is a familiar in the 1971 episode "The Eight Year Itch Witch" for the TV series "Bewitched".

Ophelia is first seen in the arms of Endora (Agnes Moorhead) in the form of a siamese can familiar. Endora is up to her old tricks of testing Darren's fidelity to her daughter Samantha (Elizabeth Montgomery), and she summons Ophelia to help her out.

In the next scene, Ophelia has been transformed into a beautiful woman, and arrives at the advertising agency to get the job as the Tom Cat Tractor girl. During the photoshoot, she knocks it out of the park, acting exactly as a cat, which wins her the job immediately.

Ophelia does as much as possible to get Darren to come to a sales convention in Albany, even faking stage fright. It is Darren's intention to spend time with Samantha on their eighth anniversary of their first date. However, Ophelia puts a spell on the owner and Larry Tate (David White) into forcing Darren to be there.

Darrin then decides to take a late plane back, but the unrelenting Ophelia disguises herself on the phone as an airport manager, informing him that the airport is closed due to fog. Darren calls Samantha and tells her that he will get away as soon as the fog lifts. Samantha is a little suspicious about this fog report, and Endora suggests to Samantha that fog is not the reason Darrin is not coming home.

Ophelia then zapped up a waiter from the hotel to knock on Darren's door and ask if he ordered a nightcap. Ophelia met him outside the door and asks if he could run through some possible questions she will receive at the television interviews in the morning. With that, Ophelia is invited into Darren's room. While Ophelia is getting some drinks, Darren calls Larry to come over as well, since he doesn't feel comfortable being alone with her.

Ophelia's plans have been foiled, and she soon attempts to remedy it, by putting a spell on Darrin to stay in the room, even after going over all of the possible questions. Sam realizes that there is something fishy going on, and pops in to see what is up along with Endora. Samantha sees that Ophelia puts on a spell for Darrin to dismiss Larry for the evening. However, then Samantha makes Darren ask Larry where he is going when he gets up to leave. Larry decides to stay and in fact decides to get another drink from the bar.

Next, Ophelia puts a spell on Larry to begin taking a nap. Samantha counters it by freezing Darren. With this, Ophelia figures out that she is not alone in the room, and calls Sam out. Samantha gets out of her that she has been under contract of Endora. After Endora left the room, Samantha threatened Ophelia in zapping up an unfriendly bulldog if she doesn't come clean. Ophelia told Sam that she was only testing his fidelity. Samantha told her that she trusts Darren, as long as there is no witchcraft involved. They put a friendly wager on the fact that she can't tempt Darren without using some sort of spell. Ophelia is unsuccessful in this seduction, and she ends up zapping out of the room in a fit of jealousy. 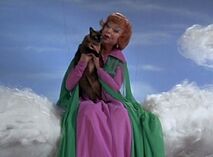 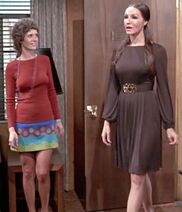 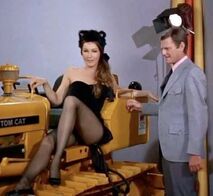 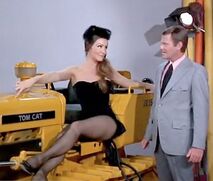 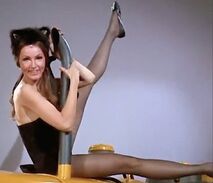 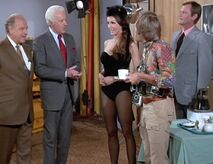 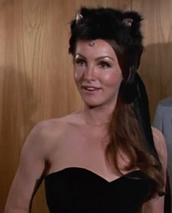 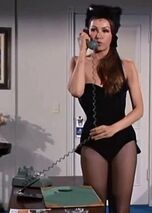 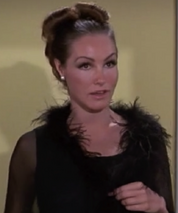 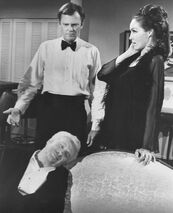 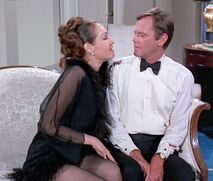 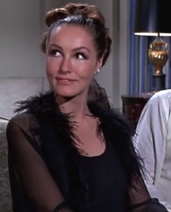 Add a photo to this gallery
Retrieved from "https://femalevillains.fandom.com/wiki/User_blog:Doalfe/Ophelia_(Bewitched)?oldid=168088"
Community content is available under CC-BY-SA unless otherwise noted.