The Female Villains Wiki
Register
Don't have an account?
Sign In
Advertisement
in: Blog posts, 1960s, Bare-Handed,
and 13 more

Myrtle (Jean Hale) is a minor antagonist in the 1967 crime film "The St. Valentine's Day Massacre".

In the couple's main scene in the film, George returns home to find Myrtle reading a magazine on the couch wearing lingerie.  The two begin making out, and Myrlte reveals to him that she took in the mink coat that he purchased for her, and exchanged it for another nicer one.  Gusenberg became furious when he learned that it was over $2,000 more than the one he bought for her.  He ended up tearing it off her body, which resulted in the two brawling.  Myrlte called him a cheap gangster.

Myrtle conked him over the head with the radio and then the lamp.  Gusenberg threw her across the room and slapped her in the face knocking her onto the bed.  Myrtle attempted to lock herself in the bedroom, but he threw her into the hallway and took the coat.  Myrtle was left standing in the hallway with a bunch of strangers. 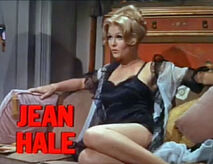 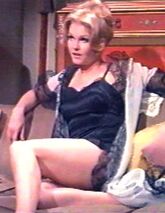 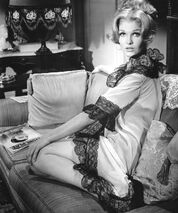 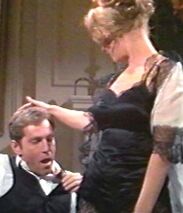 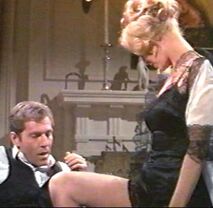 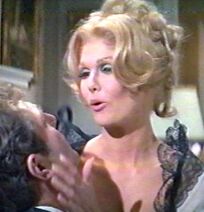 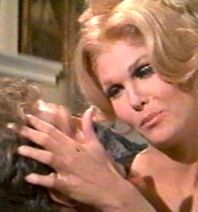 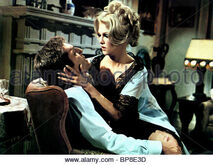 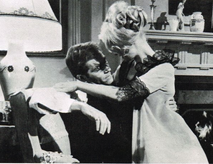 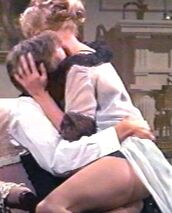 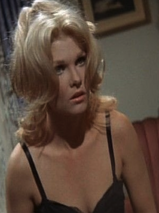 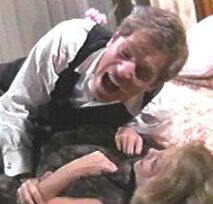 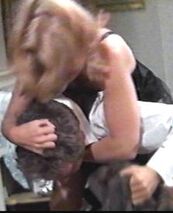 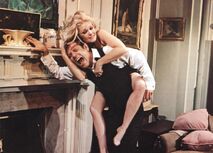 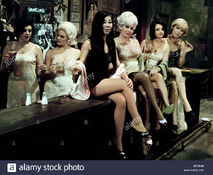 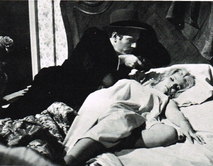