Start a Wiki
Mother (Julie Newmar) is an antagonist in the 1970 comedy fantasy film by Troma entitled "Up Your Teddy Bear", which is also known as "Seduction of a Nerd".  It was originally filmed as "The Toy Grabbers".

Mother is the owner of one of the biggest toy companies in the world.  She sees a wooden toy maker named Clyde King (Wally Cox), who she wants to employ.  Therefore she sends her henchman Lyle "Skippy" Ferns (Victor Buono) to bring him to her.  On their meeting, she attempts to seduce her in her bikini at the pool.  Clyde soon engages in some fantasies involving Mother as they wander through her garden.

At a meal by the pool, Clyde imagines back to his encounter with his own mother, and sees this woman in her place.  Clyde refuses to sign with Mother, as she reminds him of his own mother.

Mother does not take no for an answer, and sends Skippy to go after him.  She discovers that Clyde has a habit of leaving the toy store to stalk beautiful women.  As a result, she resorts to having Buono provide Clyde with an endless supply of various girls in an attempt to get him to sign.

Skippy's first offer is a sculptress named Miss Boota (Claire Kelly), who he pays $500 for a night out.  Back at her place, Clyde uses the restroom, and Miss Boota finds him taking a shower in his suit.  She begins to seduce him on a bear skin rug in the living room.  When she pulls out the toy store contract, he has a flashback on a girl lifting her dress (Valora Noland) to Clyde and Mother punishing him.  As a result, Clyde leaves and goes hom.

Skippy next visits Miss Honeysuckle (Angelique Pettyjohn) who is lying nude in a sauna.  She agrees and takes Clyde back to her bedroom.  After showing the toy store contract to Clyde, he has a flashback to seeing Mother changing into lingerie.  Mother scolds him for being a pervert.  As a result, Clyde takes off, with Miss Honeysuckle trying to prevent him.

Skippy has had enough and attempts to quit.  However, Mother does not allow him to quit.  Shortly thereafter, Skippy shows up at Clyde's house with Debra Sur (Thordis Brandt).  He asks Clyde to take her to a party for him.  When they arrive, no one else is there. Debra leads him out to the beach, strips out of her nightgown and attempts to seduce him.  However, a big wave comes in and washes her out to sea, leaving only the contract that she had tucked into her lingerie.

In order to get Mother off of his back, Skippy tells her that Clyde has died, having a heavy object fall on him.  Mother decides to go to his funeral.  As a result, Skippy plots to find a way to kill Clyde.  He devises several plans which go awry.  He even goes so far as to dress himself up in drag as a prostitute.

Skippy follows Clyde into a nightclub and reason with him.  However, Clyde is more interested in the girating of the waitress (Amy Thomson).  Skippy fakes being hurt in order to take him to his office.  When they arrive, Mother is fencing with an opponent in her office.  She berates Skippy for failing to sign Clyde.  As a result, Skippy snaps and attempts to kill Mother.  Clyde mistakes the encounter with them wanting to be alone, and leaves them to carry on.  This is the end of the film, and Clyde continues to watch women on the street as the credits roll. 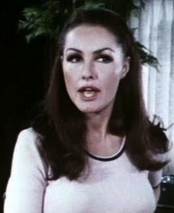 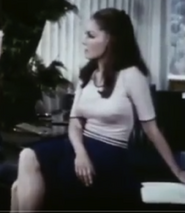 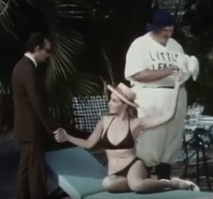 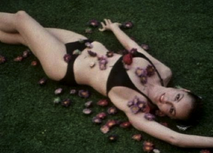 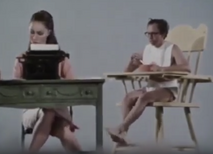 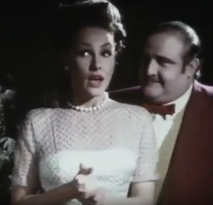 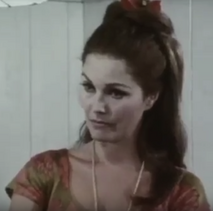 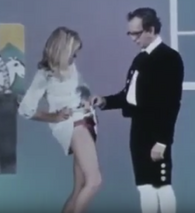 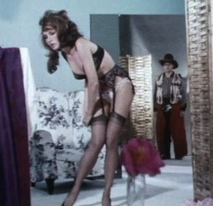 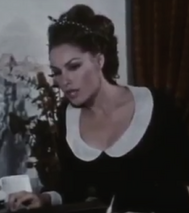 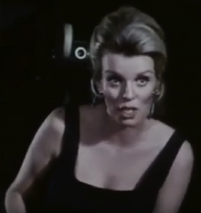 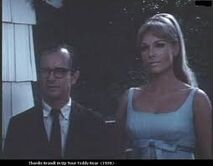 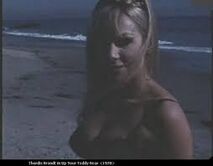 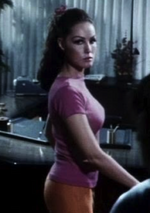 Add a photo to this gallery
Retrieved from "https://femalevillains.fandom.com/wiki/User_blog:Doalfe/Mother_(Up_Your_Teddy_Bear)?oldid=168086"
Community content is available under CC-BY-SA unless otherwise noted.