Start a Wiki
Morgana (Brenda Benet) is a remorseful antagonist in the 1978 episode "Diana's Disappearing Act" for the TV series "Wonder Woman".

Morgana is a magician and henchwoman for Count Cagliostro (Dick Gautier), who is a descendent of a family known for swindling and magic.

Morgan first appears at the lab of Count Cagliostro who is transforming bars of lead into bars of gold.  He has invented a machine that can turn base metal into precious gold.  Cogliostro tells Morgana that she is to get a pendent from Diana Prince (Lynda Carter), who received it from an associate of his.

Later at a magician show, Diana Prince volunteers for a disappearing act, where she falls through a trap door to a large box.  Morgana and some of Cagliostro's men seal her into a box and drive off.  Diana later turns into Wonder Woman and escapes.

We later see Morgana and Count Cagliostro perform their act on stage.  Morgana shoots a pistol at the Count who shields himself with his black cape.  The bullets somehow go through him and breaks bottles that are located behind him.

After the show, Morgana states that she is nervous that Cagliostro's scheme of turning lead into gold will soon be discovered.  That the ingots always turn back to lead within 2 days.

The Count kidnaps Dr. Hutchins, and Harold, a friend of Diana, and they are taken to an old deserted house of horrors.  Morgana is not comfortable with this and plans on going to Diana Prince and warn her.

Outside the deserted lair, Morgana is captured by Wonder Woman, who tells her that Hutchins and Harold are in a cell in the basement.  She tells Wonder Woman to hurry, since Cagliostro intends on killing them and Diana Prince.  That she was on her way to warn Diana that she was walking into a trap.

After Wonder Woman saves the day, we hear later that Morgana was free to continue her magic acts, since she didn't do anything wrong. 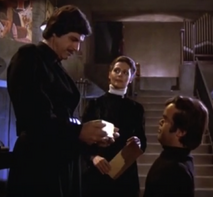 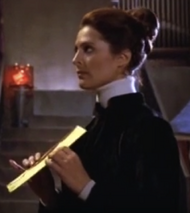 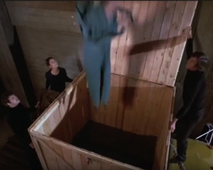 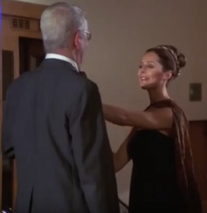 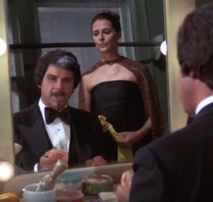 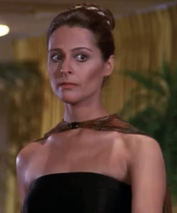 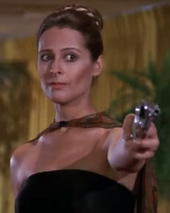 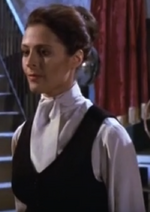 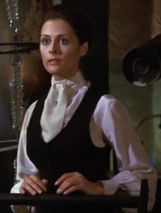 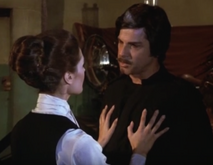 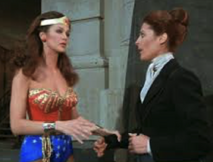 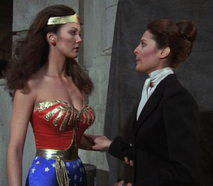 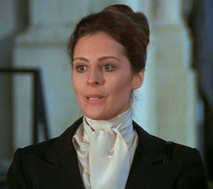 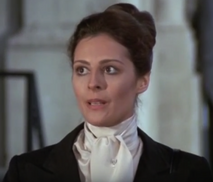 Add a photo to this gallery
Retrieved from "https://femalevillains.fandom.com/wiki/User_blog:Doalfe/Morgana_(Wonder_Woman)?oldid=127661"
Community content is available under CC-BY-SA unless otherwise noted.