Start a Wiki
Montana Moorehead (Cathy Moriarty) is the antagonist in the 1991 comedy "Soapdish), which is about the behind the scenes production of a soap opera called "As the Sun Sets".

Montana is the bitter ambitious rival of Celeste Talbert (Sally Field).  She plays the character of Nurse Nan in "As the Sun Sets", and because of her jealousy she connives a way to supplant Celeste as the show's star.  Montana attempts to accomplish this by promising sexual favors for the producer, David Seton Barnes (Robert Downey, Jr.).  It is her goal to have Celeste written off the show.

In order to have the audience hate Celeste's character, Montana and David come up with a last-minute plot change in which Celeste accidentally kills a young, destitue deaf mute, played by the newly-cast Lori Craven (Elizabeth Shue).  Despite the strong objections of head writer Rose Schwartz (Whoopi Goldberg) and Celeste, the scene plays out.  However, it is interrupted by Celeste's recognition of Lori as her real-life niece.  Network producer sees potential in the relationship and makes Lori a regular cast member, the the objection of Montana.

Montana and David then bring back Jeffrey Anderson (Kevin Kline), an actor whom Celeste arranged to be fired from the soap opera decades earlier.

When the script called for Jeffrey to kiss Lori onscreen, Celeste intervened due to jealousy and told them that Lori was actually her daughter through Jeffrey.  Celeste went on to explain that she had Jeffrey fired since she wanted to cover up the pregnacy, and then passed Lori off as her niece, and had her parents raise Lori.  The ratings of the show skyrocket.

Montana then goes ad lib on set and claims that she and Jeffrey slept together the previous night.  The tabloids than proclaim that Montana is pregnant with Jeffrey's child.  Celeste, Jeffrey and Lori go to the head of the network and demand some action be taken to rectify the chaos that has taken over the set.

A decision is made by the network, and the next show goes live with each character unaware of who will be written off the show.  They read their lines from a teleprompter so that the secret will be kept until the last minute.  It is revealed that Lori's character has "brain fever" and will die.  Still hoping to be rid of Celeste, Montana ad-libs and suggests that a brain transplant can save her.  Lori is shocked by the revelation, but in character, Celeste immediately plays along, offering her own brain for the operation.  Touched by the sacrifice, Lori asks Celeste and Jeffrey not to leave the show, and softens to her newfound parents.   Montana, desperate to stop them, reiterates that she is pregnant with Jeffrey's child, but she is publicly ruined by Rose, with the help of vengeful Ariel Maloney (Teri Hatcher), who wanted Jeffrey for herself.  Ariel Maloney appears as her character Dr. Monica Demonico, and she and Rose appear on the set saying that they worked for the Sex Change Clinic in Bethesda, Maryland.  They reveal that it is impossible that Jeffrey could have impregnated his nurse, since before she came to our clinic, she was Milton Moorehead of Long Island.  They then showed a high school yearbook picture of Milton.  To this, Montana was completely humiliated, and went running off the set, screaming in horror.  It was obvious to her that this ruined her career, and could no longer be taken serious as an actress.  While Celeste, Jeffrey, and Lori win soap opera awards, Montana is relegated to performing dinner theater at Jeffrey's former venue. 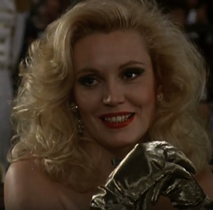 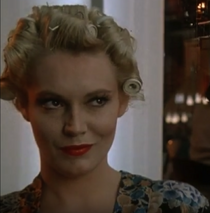 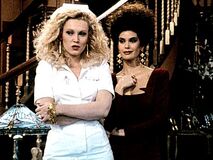 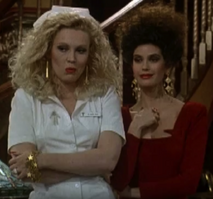 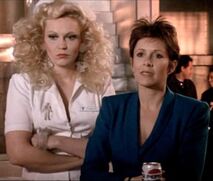 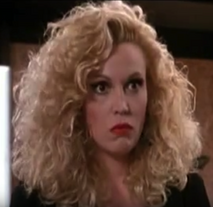 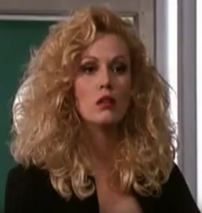 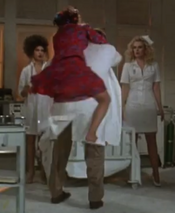 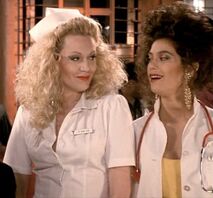 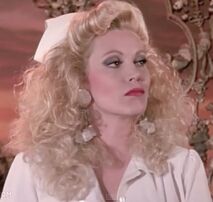 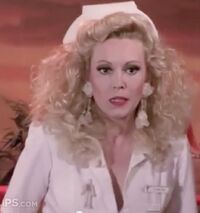 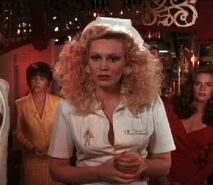 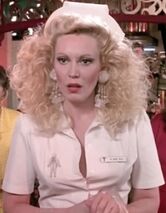 Add a photo to this gallery
Retrieved from "https://femalevillains.fandom.com/wiki/User_blog:Doalfe/Montana_Moorehead_(Soapdish)?oldid=122553"
Community content is available under CC-BY-SA unless otherwise noted.