Start a Wiki
Missy (Megan Hughes) is a redeemed minor antagonist in the 1991 TV film "Adventures in Dinosaur City".

The story involves a trio of teenagers named Timmy (Omri Katz), Jamie (Tiffanie Poston), and Mick (Shawn Hoffman), wo enjoy watching their favorite TV show which features anthropomorphic dinosaurs.  Wanting to watch it on a better screen, Timmy, the youngest of the three, suggests they try watching it on his father's screen in his laboratory.

The moment they turn it on, a vortex sucks the three into the TV screen, and into their favorite show.  They find themselves in the Stone Age among dinosaurs and cavemen.  Upon entering the new world, the trio comes across a flightless Dimorphodon named Forry.  Forry is trying to figure out how to fix the power plant that supplies energy to the whole city.  It is beginning to overheat and the MacGuffin energy cube they use to cool it down has been stolen by Mr. Big.  Mr. Big is the villain in the story, who is in charge of caveman henchmen known as "The Rockies".  Timmy decides he needs to help them get the energy cube back, so Forry directs the kids to the terrifying tower that Mr. Big lives in.

Forry is reluctant at first to give his knowledge of Dinosaur City, but it proves useful as he guides the three to Tar Town where they join up with a Tyrannosaurus named Rex and a Triceratops named Tops.  Rex and Tops are two dinosuar freedom fighters willing to ignite a revolution against Mr. Big.

The Rockies are led by Bear (Sebastian Massa) and his henchwoman named Missy, who is a cavegirl.  Missy is dressed in a sexy leopard skin cavewoman typd dress, that has a halter top to it, and frayed skirt.  She walks around in high heels, and has big blonde hair.

It is determined that the Rockies are the ones who took the cooling element that holds lava flow.  Timmy and the rest of the kids spend the rest of their time trying to overthrow Mr. Big, and help the dinosaurs get the cooling element back, before the entire land is destroyed in a matter of hours.  The TV remote the kids accidentally brought with them to Dinosaur City, ends up having the power over the universe that exists within the show.  They find out that they can pause "The Rockies".

Timmy is captured by the Rockies and they are about to kill him.  However, the remote gets kicked around.  Missy and Jamie end up having a catfight in order to control the remote, with Jamie eventually winning out.  Somehow, Timmy figures out how to take Mr. Big out with his remote control as well, and he gets zapped into a skeleton and then dematerialized altogther.  When Missy realizes that Mr. Big had been sabatoging the power plant in order to destroy the city, she decides to help the kids escape.  She knocks Bear out with her purse, and rides the tower elevator down with the kids.

They head to Saur city by taking the train.  The tower explodes and collapses with the rest of the neanderthalls in it.  At the end, Missy takes them back to the vortex spot and she along with the dinosaurs say goodbye to the kids.  We don't see what really happens to Missy, as the kids get sucked back into the vortex and arrive back at Timmy's home. 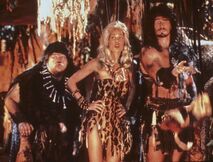 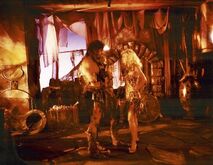 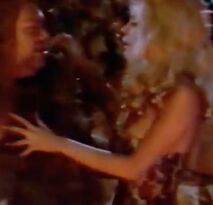 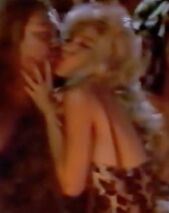 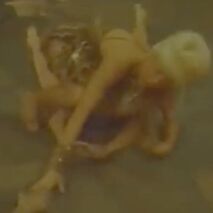 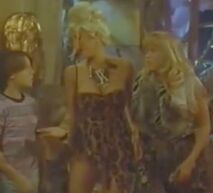 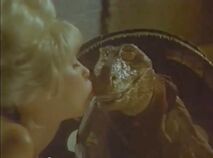 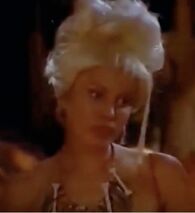 Add a photo to this gallery
Retrieved from "https://femalevillains.fandom.com/wiki/User_blog:Doalfe/Missy_(Adventures_in_Dinosaur_City)?oldid=129428"
Community content is available under CC-BY-SA unless otherwise noted.