Miss Devlin (Julie Newmar) is the antagonist in the 1963 episode "Of Late I Think of Cliffordville" for the TV series "The Twilight Zone".

William J. Feathersmith (Albert Salmi) is a 75-year old president of a large corporation. He is extremely successful, but is unhappy in life. He confesses while drunk to his janitor Mr. Hecate (Wright King) that what he really wants is to return to his small hometown of Cliffordville, Indiana and start his life over. Hecate tells Feathersmith that Cliffordville happens to be his hometown as well.

While attempting to go home that night, Feathersmith is taken to the 13th floor by the elevator, where he finds a travel agency. The head of the agency is Miss Devlin, who happens to be a helper of the Devil. She removes her hat exposing her two little horns on top of her head. She offers to fulfill his wish to return to 1910 Cliffordville. His only stipulation is that it look the same as he did and he retain the same memories of his first life. In order to do this, he has to liquidate his assets of over $30 million dollars, leaving him with $1,412. He figures that he knows which investments in order to succeed and which ones failed in the last 50 years.

Back in 1910, he uses the money to purchase 1,403 acres of land which he knows contain deposits of oil. He however, forgets that the drill needed to access the oil will not be invented until 1937. Next, Feathersmith tries to woo Joanna (Christine Burke) the daughter of a bank, but is startled to find that she chatters continuously and is extremely annoying. Many of the stocks he invests in fail, and he tries to invent a device such as a self-starter for automobiles but doesn't know how to design it. The townspeople ridicule him, and he realizes that following the strict letter of his terms, that Miss Devlin has made him appear 30, but he is biologically 75.

Feathersmith accuses Miss Devlin of altering the past but she says that all is as it was, he just chose to remember it differently.

Finally he pleads with Miss Devlin to send him back to 1963, even after she warns him that his actions in 1910 have changed things, and it can no longer be the 1963 he knew. Feeling some sympathy for him, she agrees to fulfill his wish for just $40. Having no money left, Feathersmith sells the deed to his land to Mr. Hecate for the $40.

Feathersmith is transported back to the present. Because of the profit he made from the oil, Hecate is now the president of the corporation, while Feathersmith is the janitor. 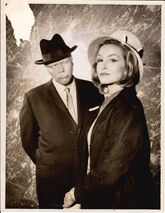 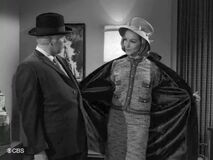 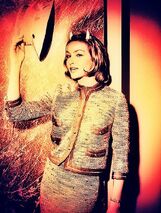 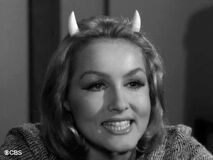 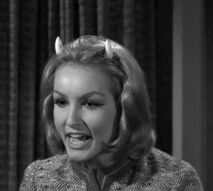 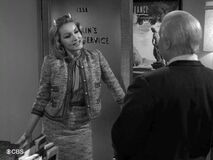 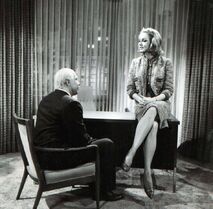 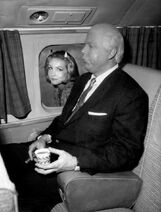 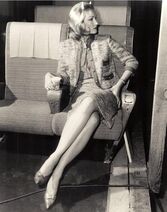 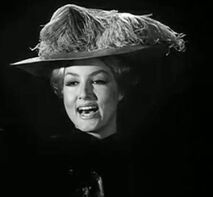 Add a photo to this gallery
Retrieved from "https://femalevillains.fandom.com/wiki/User_blog:Doalfe/Miss_Devlin_(The_Twilight_Zone)?oldid=168087"
Community content is available under CC-BY-SA unless otherwise noted.