Start a Wiki
Mexican Saloon Girl (Silvana Bacci) is a minor villainess in the 1966 Italian spaghetti western film, "Django".  She is an unamed girl in the film.

Django (Franco Nero) is a drifter who witnesses Maria (Loredana Nusciak), a mixed-race prostitute being tied to a bridge and whipped by Mexican bandits.  They are henchmen for Maj. Jackson, a racist ex-Confederate officer.  After shooting the men, he unties Maria, and the two of them end up walking into a ghost town.  At the town's saloon, they are introduced to Nathaniel, a bartender, and five prostitutes.

Django soon learns that the town is a neutral zone in a conflict between Jackson's Red Shirts and General Hugo Rodriguez's revolutionaries.  The five prostitutes are there to pleasure both parties.

Jackson and his men enter the saloon and extract protection money from Nathaniel.  One of them harasses the Mexican Saloon Girl because of her race, and slaps her against the bar.  Django shoots Jackson's men, and challenges Jackson to return with all of his accomplices.

Later Jackson returns with his entire gang, and Django uses a machine gun that is contained in a coffin that he has been dragging the whole film.  After gunning down a majority of the men, Django allows Jackson and a handful to escape.

Next, Hugo and his revolutionaries come into town.  Django happens to know him from prison, and actually saved him while the two were there.  This is where we see the Mexican Saloon Girl really get quite popular.  She is seen dancing up on top of the bar, and the guys were hooting and hollering.  Django proposes to Hugo that they steal Jackson's gold, which is currently lodged in the Mexican Army's Fort Charriba.

Under disguise of bringing prostitutes to the soldiers, Django and Hugo's men enter the fort and massacre many of the soldiers.  They steal the gold.  However, Hugo balks when Django asks for his share of the gold.

When one of Hugo's henchman Ricardo tries to force himself onto Maria, a fight ensues, resulting in Ricardo's death.  Hugo allows for Django to spend the night with Maria, but instead, Django chooses the Mexican Saloon Girl instead.  The Mexican Girl reluctantly goes with him upstairs despite her allegiances with the Revolutionaries.

Django enters the upstairs room and instructs the prostitue to slowly take off her dress.  She is puzzled when Django begins to exit the room and head to the roof.  However, without her knowledge, Django was using her as a distraction for the men guarding the safehouse containing the gold.  It works beautifully, as the guards are tantalized by the beautiful saloon girl stripping off her stockings.  All the while, Django was making his way through the chimney and down to the safehouse, where he loaded the gold into the coffin.

On the getaway, Django accidentally drops the coffin from the bridge into the quicksand.  Django nearly drowns trying to recover it, and Maria is wounded by Hugo's men while trying to save him.  Django is brought back to the saloon, and his hand is crushed for being a thief.  At this time, only Nathaniel is left, as the prostitutes decided to pack up and leave since business had dried up.  Major Jackson and his men show back up to the town, and despite the wounded hand, Django is able to kill Jackson and his men by pushing the trigger against a cemetery cross. 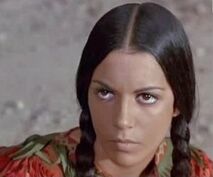 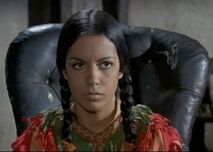 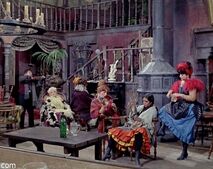 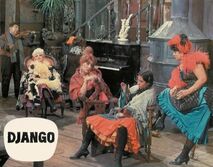 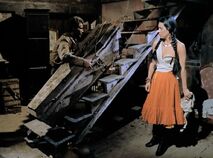 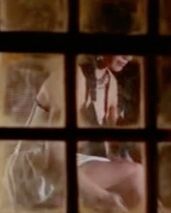 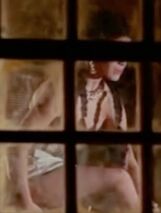 Add a photo to this gallery
Retrieved from "https://femalevillains.fandom.com/wiki/User_blog:Doalfe/Mexican_Saloon_Girl_(Django)?oldid=120158"
Community content is available under CC-BY-SA unless otherwise noted.