Melody Ragmore is the leader of the Pi Sorority. At the beginning of the movie she along with Cynthia (K.C. Winkler), openly ridicules Teri Lynn (Pamela Jean Bryant), who is attempting to pledge for her sorority.  They mock her working-class background and touting her own superiority. This spurs the protagonist to make her own sorority that rivals and Pi Sorority, the protagonist's sorority is called H.O.T.S. and it is filled with "misfits" that Ragmore deemed unworthy.

Throughout the movie, the two sororities battle each other. Through the course of the movie Melody's boyfriend has left her for the Teri Lynn.

In one scene, the H.O.T.S. hire a hot air balloon operator to fly over the Pi house, and the girls drop pies on the Pi girls who are sunbathing nude on the sundeck.

Later, Melody and Cynthia along with their boyfriends went spying at the H.O.T.S. house.  Melody got mistaken for one of the H.O.T.S. girls outside, and they kidnapped her and bring her back to their van and forcefully shave her head.

Melody is forced to wear a wig. Her final indignity is losing a strip football game and having her wig forcefully removed, leaving her both naked and bald in public, a crowd laughs at the expense of the arrogant villainess. The last scene involving Melody is of her picture on the front of the college newspaper scowling in rage, flipping off the camera. 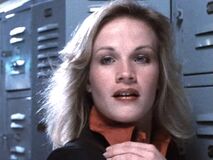 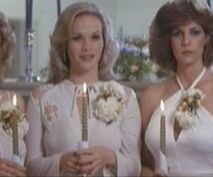 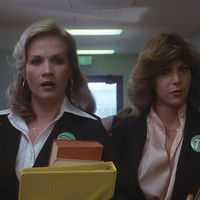 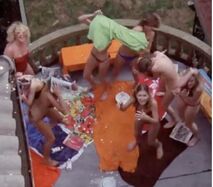 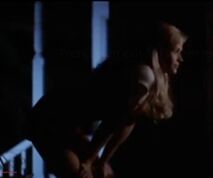 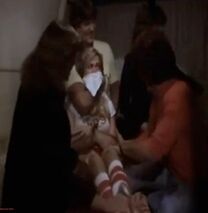 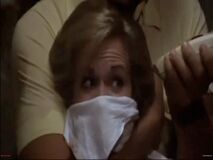 Add a photo to this gallery
Retrieved from "https://femalevillains.fandom.com/wiki/User_blog:Doalfe/Melody_Ragmore_(H.O.T.S.)?oldid=130695"
Community content is available under CC-BY-SA unless otherwise noted.
FandomShop Newsletter Join Fan Lab