The Female Villains Wiki
Register
Don't have an account?
Sign In
Advertisement
in: Blog posts, 1960s, Adulteress,
and 15 more

Maria (A Talent for Loving)

Maria (Fran Jefffries) is an antagonist in the 1969 comedy western “A Talent for Loving”, which is also known as “Gun Crazy”.

Maria is a nymphomaniac, who suffers from an ancient Aztec curse that has been running in her family.  She and her father, Don Pedro (Cesar Romero) trick a professional gambler known as Major Patten (Richard Widmark) into marrying her.

Patten thinks that he has won the deed to the large 150,000 acre ranch on the Rio Grande in a card game with Mexican General Molina (Topol).  In reality, he was set-up in order for Don Pedro to get rid of the curse. In addition to the land he has also inherited a large stash of guns that Pedro has hidden on the land, and which make Patten a target of Indians and the local bandit chief.

Upon meeting Don Pedro, he is soon introduced to his beautiful daughter Maria.  The entire set-up has to do with Patten falling in love with her, which he has no chance in denying.  He is immediately drawn to her beauty, and she seduces him with her talent for whistling.  When Don Pedro challenges Patten to a card game for his daughters hand, the cards are stacked in the Major’s favor.  In fact, the queens that are in Patten’s hand, literally turn into the singing Maria and come to life.  Maria is ordered to come down in her wedding gown and be immediately married.

The curse involves one of Don Pedro’s ancestors back in the days of the conquistador, who kanoodled with 634 Aztec maidens in the course of 11 months.  As a result, Montezuma put a curse on the family.  The women upon their first romantic encounter become insatiable nymphomaniacs.  The only way to save them from a life of degradation is to get them married as soon as possible.

After Maria tricks Major Patten into the marriage and has a child, Evalina Patten (Carolina Munro), Maria disappears, running off with four Hungarian acrobats who performing in a traveling circus.  Major Patten settles with Maria’s best friend, Delphine (Genevieve Page) who feels pity for him.

Evalina displays the same curse of being a nymphomaniac, and so the curse continues.  Unfortunately, this is the last we see of the beautiful Maria. 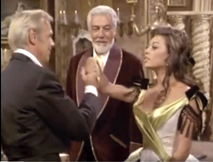 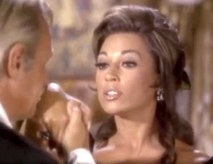 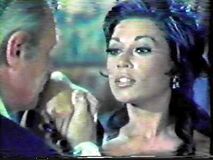 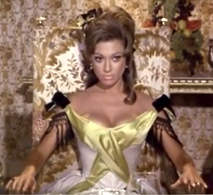 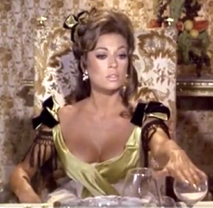 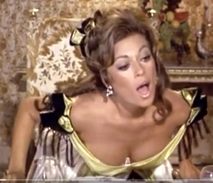 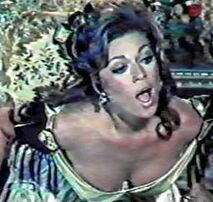 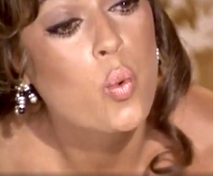 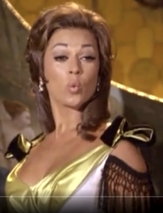 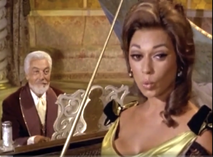 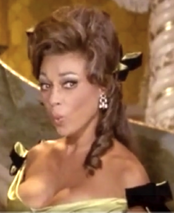 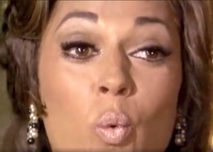 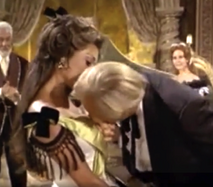 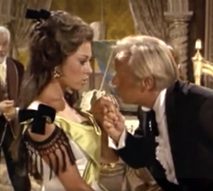 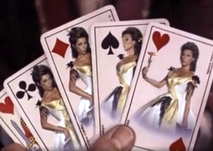 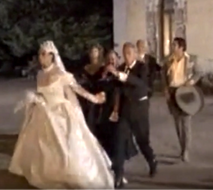 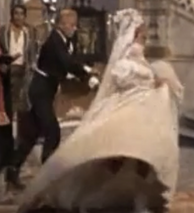 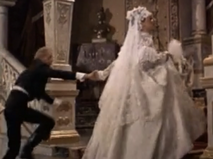